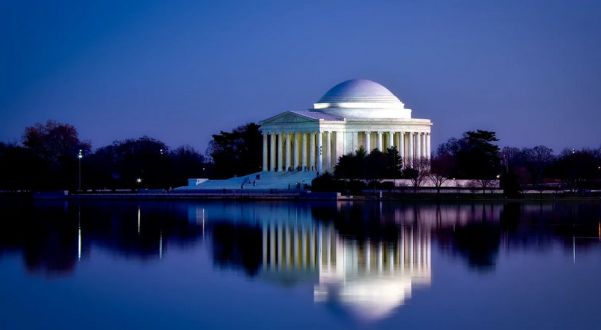 Interior Secretary Deb Haaland referred to the nation’s capital as the “homelands” of two Native American tribes, not “Washington, D.C.” during a Senate hearing Thursday.

“Chairman Manchin, Ranking Member Barrasso, and members of the committee, it’s an honor and privilege to be here on the ancestral homelands of the Anacostan and Piscataway people to speak with you today on behalf of the president’s 2023 budget,” Haaland said in her opening remarks during a Senate Energy and Natural Resources Committee hearing.

Haaland’s statement appeared to diverge from the written remarks she had planned to deliver at the hearing. There was no mention of the capital being the homeland of the two tribes in her published statement.

The Anacostans were a tribal people that resided in the village of Nacotchtank, located in the Washington, D.C. area, before European explorers made landfall in the 17th century, according to the National Park Service. The Piscataway people were the most powerful of the roughly 40 tribes that lived in present-day Maryland between the Chesapeake Bay and Potomac River at the time, a 2018 Maryland Department of Natural Resources report showed.

“Colonization was tumultuous for the Piscataway,” the report stated. “Already facing aggressive incursions by the Susquehannocks from the north, they began to slowly lose control of their ancestral lands to settlers.”

Haaland, a member of the Pueblo of Laguna tribe, is the first Native American to lead the Department of the Interior (DOI), according to her bio. She is a 35th generation New Mexican.

In addition, she has led an effort to hire more Native Americans for positions across the agency and beyond just the Bureau of Indian Affairs, E&E News reported in April.

“We’ve never seen so much Native leadership,” Kevin Washburn, a former DOI assistant secretary for Indian Affairs, told E&E News at the time. “We have seen less pigeonholing of Natives into the obvious positions, such as in Indian Affairs.”