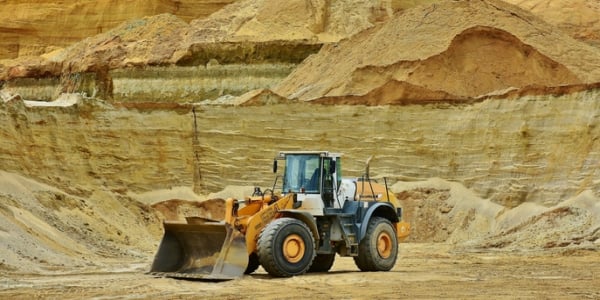 The Pentagon asked lawmakers earlier this month to broaden where it is able to fund projects under the Defense Production Act (DPA) to include the U.S., U.K., Northern Ireland and Australia, according to its most recent fiscal year 2023 legislative proposal. Such a modification would enable the federal government to “leverage the resources of its closest allies to enrich U.S. manufacturing and industrial base capabilities and increase the nation’s advantage in an environment of great competition,” the DoD stated.

“By removing key barriers to the execution of DPA authorities, the industrial base will be better positioned to provide the DoD with critical technology, resulting in increased industrial base readiness and lethality,” the Pentagon said in the request.

While minerals, like copper, cobalt, nickel, graphite and zinc, are essential for green tech, China and other hostile nations dominate global mineral supply chains. In 2021, the U.S. produced just 6% of the global copper supply, 0.4% of global cobalt supplies, 0.67% of the world’s nickel, 0% of global graphite supply and about 5.7% of the world’s zinc, according to federal data.

“The Biden Administration continues to put American union workers last and look anywhere else but domestically for minerals, the opposite of what Biden pledged to do before taking office,” Minnesota Rep. Pete Stauber, the top Republican on the Natural Resources Energy and Mineral Subcommittee, told The Daily Caller News Foundation in a statement.

“This Administration is unserious about securing our domestic supply chains by cancelling the Twin Metals leases in my district in Minnesota and standing in the way of mining projects in places like Arizona and Alaska as well,” he continued.

The DoD declined to comment further on the administration’s request.

If the Pentagon’s request is approved, the alteration would be included in the 2023 National Defense Authorization Act (NDAA) which the House Armed Services Committee is expected to review later in the year. The 2022 NDAA was passed into law on Dec. 27.

In January, the Department of the Interior canceled permits approved during the Trump administration for a Minnesota mine that would have employed union workers and produced copper, nickel, cobalt and platinum.

The administration has also stood in the way of several other projects, including an Arizona copper mine, a Wyoming mineral exploration project and a copper mine in Alaska, Senate Energy and Natural Resources Committee Ranking Member John Barrasso noted during a March hearing. It has also complicated the permitting process for a Nevada lithium mine, he added.

In late March, President Joe Biden added a series of critical minerals — lithium, cobalt, graphite, nickel and manganese — needed for renewable energy technology like electric vehicle batteries to the list of materials secured under the DPA. The DPA is a 1950 Cold War-era law that enables the president to expedite the production of supplies and materials important for U.S. national security.

However, lawmakers and experts criticized Biden following the executive action since his administration has chosen not to lessen the regulatory burden on domestic mining projects. It takes a whopping 10 years on average for a company to receive approval to begin mining in the U.S., according to the National Mining Association.

“Congress acted to provide substantial new authorities and federal assistance to boost domestic mineral supplies through the Energy Act of 2020, as well as the Infrastructure Investment and Jobs Act,” they wrote several administration officials. “Due to the severity of the challenge, and the need for a robust and rapid Federal effort, many of these mineral provisions contained deadlines.”

“Unfortunately, those deadlines have not been met,” the bipartisan lawmakers added.