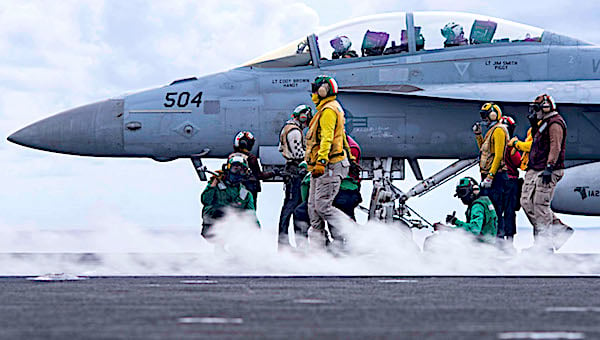 The USS Abraham Lincoln and USS Ronald Reagan carrier strike groups, the USS America expeditionary strike group, as well as the USS Tripoli are operating in and around Japan, Taiwan and the Philippines, according to the U.S. Naval Institute fleet tracker.

The exercise marks the first time two America-class ships, the USS America and USS Tripoli, have operated in the Asia-Pacific region at the same time, according to The Daily Caller News Foundation’s translation of China’s Observer News.

Though the USS America and USS Tripoli are capable of carrying helicopters and fighter jets upon their flight decks, and thus resemble small aircraft carriers, the ships are classified as “amphibious assault ships,” according to a Navy profile. Amphibious assault ships are configured to support land-based operations, whereas aircraft carriers are optimized to dominate naval and air encounters, according to RealClear Defense.

The arrival of the U.S. Navy warships near China comes just a week after the USS Port Royal, a Ticonderoga-class guided-missile cruiser, was shadowed by China’s Eastern Theater Command while conducting a freedom of navigation exercise through the Taiwan Strait on May 10. The USS Port Royal’s trip came in response to the Chinese military surrounding Taiwan to the east and southwest between May 6 and 8 in a “rehearsal” for a “reunification-by-force” operation. 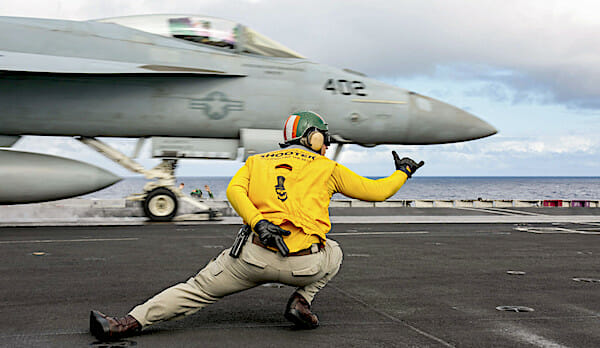 The largest iteration of the Liaoning aircraft carrier group to date also participated in China’s aerial, naval and ballistic live-fire war game in the waters off Taiwan after conducting military drills near the U.S. Navy base at Sasebo, Japan, on May 2.

The Department of Defense and Navy did not respond immediately to The Daily Caller News Foundation’s request for comment.