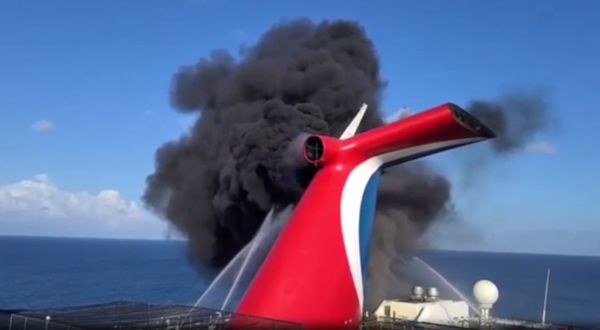 (FOX BUSINESS) – A video of raging fire onboard the Carnival Freedom has emerged Thursday as the cruise ship was docked at Grand Turk Island in Turks and Caicos.

Footage posted to Twitter showed the starboard side of the ship’s funnel – referred to by some as the whale tail – consumed by flames and smoke.

"Carnival Freedom’s emergency response team quickly activated and extinguished a fire inside the ship’s funnel while the ship was in Grand Turk," the cruise line said in a statement. "All guests and crew are safe, and the ship’s guests were cleared by local authorities to go ashore."