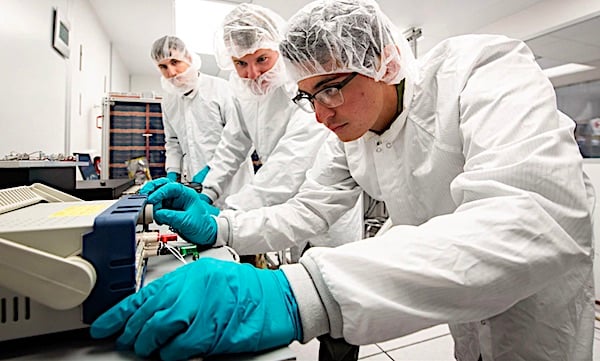 The watchdog Government Accountability Office concluded in an investigation that CDC and FDA officials "suppressed" scientific findings related to the COVID-19 pandemic due to political pressure.

Whistleblowers who spoke with GAO investigators said they did not speak up prior to the investigation because they feared retaliation. They said they were unsure how to report the alleged politicizing of science or believed leaders already knew about it, DailyMail.com reported.

"A few respondents from CDC and FDA stated they felt that the potential political interference they observed resulted in the alteration or suppression of scientific findings," the report said.

"Some of these respondents believed that this potential political interference may have resulted in the politically motivated alteration of public health guidance or delayed publication of Covid-related scientific findings."

In February, unnamed CDC officials told the New York Times that the agency had withheld most of its data regarding COVID-19 for fear it would be misinterpreted by critics.

Last summer, two top FDA scientists resigned amid charges the agency was being pressured by the Biden administration to made decisions based on politics.

The GAO, in a separate report published in February, said the CDC, the FDA, the National Institutes of Health and the Office of the Assistant Secretary for Preparedness and Response were all at "high risk" for fraud, mismanagement and abuse, citing a "lack of leadership and preparedness" during the COVID pandemic and other crises.

The HHS said in response to the new GAO report: "It is important to differentiate scientifically trained political officials engaging in the legitimate conduct, management, communication and use of science from political officials inappropriately breaching scientific integrity because of political motivations."

The department concurred with "the recommendations that [HHS] should ensure that procedures for reporting and addressing potential political interference in scientific decision-making are developed and documented."

Art Moore
Art Moore, co-author of the best-selling book "See Something, Say Nothing," entered the media world as a PR assistant for the Seattle Mariners and a correspondent covering pro and college sports for Associated Press Radio. He reported for a Chicago-area daily newspaper and was senior news writer for Christianity Today magazine and an editor for Worldwide Newsroom before joining WND shortly after 9/11. He earned a master's degree in communications from Wheaton College.
@@arthurdmoore
40,000 unvaccinated National Guard members set to be fired!
Supreme Court quashes Biden's climate-change agenda
Biden calls for removing Senate filibuster to codify Roe
Disney kids' show character: Men have periods, too
Retail chain that dumped MyPillow takes uncool action as sales plunge
See more...