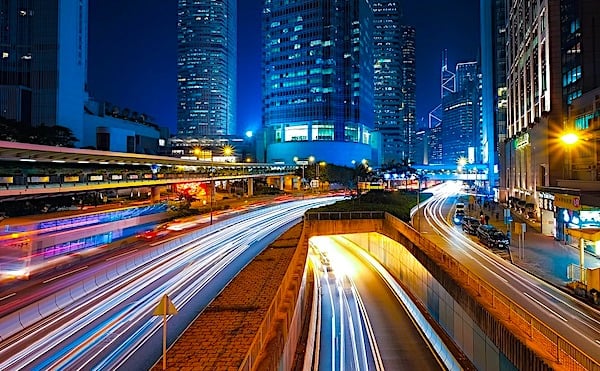 Beijing cheered on the election of a China loyalist who won the race for Hong Kong chief executive with 99% of the vote, calling his victory a win for “democracy,” Hong Kong Free Press reported Sunday.

“This election is another step in the execution of the principle of ‘patriots governing Hong Kong,’ and showed the advancement and superiority of the new electoral system, and another successful implementation in the development of democracy with Hong Kong characteristics,” Beijing’s Liaison Office in Hong Kong announced, according to Hong Kong Free Press.

“The new electoral system is open to all the eligible candidates, but there was only one candidate left, and this was also the result of democracy,” Tian said.

Lee’s victory represents “the highest level of support in the history of the [chief executive] elections,” Lau Siu-kai, a senior government advisor, told the Global Times.

Lee announced his intention to replace Carrie Lam as chief executive after resigning from his role as Secretary of Administration of Hong Kong on April 6. Lee’s rise to chief executive follows his service as head of the Hong Kong Security Bureau between 2017 and 2021, where he was “responsible for the formulation of security policies,” according to his government profile.

During his tenure as head of Hong Kong security forces, Lee managed the enforcement of the National Security Law and oversaw the related crackdown on protests. Critics of the National Security Law, such as pro-democracy activist Nathan Law, have argued the legislation overturned the principles of “one country, two systems,” which, among other things, assured the special administrative region its own legal system.

WND News Services
These reports are produced by another news agency, and the editors of WND believe you'll find it of interest.
Dozens of deputies deprived of guns and badges due to 'unsatisfactory' psych exams
Can HIV-positive student be in U.S. Armed Forces? Pentagon finally decides
Telling a student to get an abortion could be a felony, universities warn
Biden's Treasury secretary could be on her way out, report says
'I was deceived': New York becomes tent city, watch residents blast Biden's border policies
See more...