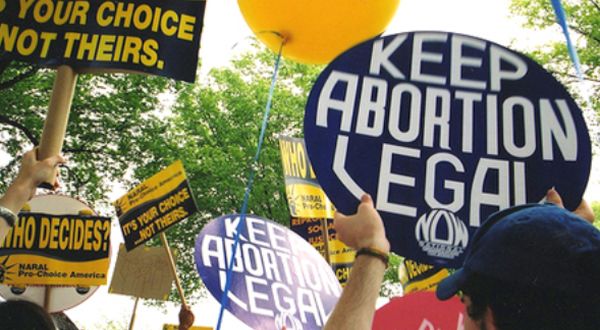 Constitutional expert Jonathan Turley, the Shapiro Professor of Public Interest Law at George Washington University, says the leak of a draft abortion opinion from the Supreme Court is a result of leftists who want to have their way "by any means necessary."

The leak of the still-unfinalized opinion revealed that at the time five justices were in agreement that Roe v. Wade must be struck down, and the regulation of abortion returned to the state legislatures.

Many analysts believe it was leaked in an attempt to generate outrage, public reaction, and even violence that could intimidate the five justices into changing their mind.

Turley explained, in an online column, "Even in a city that traffics in leaks from every agency and every corner of government, this was an unspeakably unethical act. The Supreme Court deals with transformative cases that drive to the very heart of our political, cultural and religious divisions, yet justices and clerks have maintained a tradition of strict civility and confidentiality on such drafts."

He said what has changed is society.

'We do not know what motivated this leaker other than to unleash a public and political firestorm. The assumption is that the individual wanted to pressure the court to reconsider its purported path, and to push Congress to pass pending legislation to codify Roe. Yet, this act is such an attack on the very foundation of the court that it is dangerous to assume a specific motivation other than disruption."

He continued, "What is clear is that the court has become a tragic anachronism in our age of rage: an institution that relied on the integrity and ethics of its members and staff at a time when such values are treated as naive. It relied on justices and clerks alike remaining bound to the institution and to each other by a constitutional faith."

However, he said, America now is "in an age of constitutional atheism, so it is only surprising that it took this long. For years, politicians, pundits and academics have called for reckless political action against the court. Many Democrats in Congress have pledged to achieve political goals 'by any means necessary,' including packing or gutting the court. Democratic leaders have hammered away at the court and its members, demanding that the court adhere to political demands or face institutional disaster. The threats have grown increasingly raw and reckless as politicians sought to outdo each other in their attacks. In the age of rage, restraint is a lethal liability," he said.

"The message has been repeated like a drumbeat: The ends justify the means."

He said it may have been naïve to think "a staff member or clerk would not yield to the same 'ends justify the means' rationale."

He noted that multiple members of Congress – as well as leftist commentators – have suggested the court be re-created, changed, and even burned down.

"Because the court has adopted an opposing constitutional interpretation, we are once again deluged from calls ranging from packing the court to burning it down. In this environment, the White House could not even muster enough courage to denounce protesters descending on the homes of justices to harass them. While the legitimacy of the court is questioned, the targeting of justices and their families is not," he said.

It was Sen. Chuck Schumer, D-N.Y., who famously publicly threatened two justices – and it was over the issue of abortion.

He said, during a court hearing on a different abortion fight, "I want to tell you, [Neil] Gorsuch. I want to tell you, [Brett] Kavanaugh. You have released the whirlwind and you will pay the price! You won’t know what hit you if you go forward with these awful decisions."

Shortly later, another Democratic senator threatened the U.S. Supreme Court if its justices don't vote the way she wants on abortion.

A report from Fox News documented how Sen. Jeanne Shaheen, D-N.H., "issued a warning" to the justices when oral arguments on Roe were being held.

Even earlier, another, Sen. Richard Blumenthal, D-Conn., told The Hill that if the justices do not vote the way he wants on abortion: