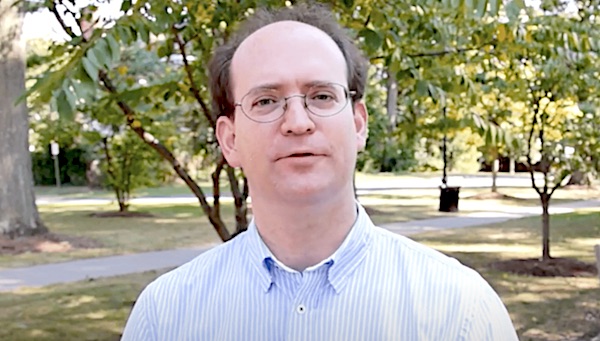 A professor at an Ivy League university reportedly faces termination after being embroiled in two investigations, one coming after he clashed with left-wing activists and challenged woke initiatives on campus, the Washington Free Beacon reported Tuesday.

Princeton University’s board of trustees could strip Joshua Katz of tenure and fire him Wednesday over a resurfaced decade-old relationship with an undergraduate student in the mid-2000s in the wake of his criticism of “woke” statements and policies in a July 2020 essay published by Quillette, the Beacon reported, citing multiple anonymous sources with knowledge of the situation. University President Christopher Eisgruber, who openly criticized Katz’s essay, reportedly recommended the revocation of the professor’s tenure and his firing last week, three sources told the Beacon.

Katz’s essay in Quillette labeled the Black Justice League, a student group active between 2014-2016 that occupied Eisgruber’s office at one point, as a “local terrorist organization that made life miserable for the many (including the many black students) who did not agree with its members’ demands.” The university briefly investigated Katz after the essay was published, but dropped the matter, the Beacon reported.

I join @roddreher in utterly condemning this cowardly, shameful move by Princeton against a good man and a great scholar, Prof. Joshua Katz of the classics department, for nothing more than voicing ideologically uncomfortable truths. https://t.co/dtb6a6XHfN

“While free speech permits students and faculty to make arguments that are bold, provocative, or even offensive, we all have an obligation to exercise that right responsibly,” Eisgruber said in a statement to the Daily Princetonian after the essay’s publication. “Joshua Katz failed to do so.” Princeton also published a statement from the Classics Department that condemned Katz on its website.

In February 2021, the Daily Princetonian resurfaced a sealed suspension of Katz after he admitted in 2018 to having a liaison with an undergraduate student in the mid-2000s. While Katz was cleared of sexual harassment charges in the second investigation, the dean of faculty recommended Katz be fired for an alleged failure to be forthcoming, according to the Free Beacon.

Princeton University and Katz did not respond to a request for comment from The Daily Caller News Foundation.