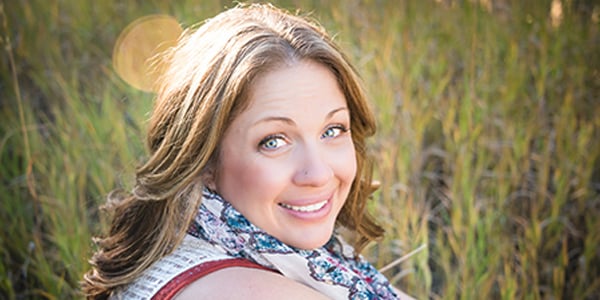 Lawyers with the ADF this week filed their opening brief in the fight that is over Colorado's continuing attacks on Christians.

Several years ago, the state brought formal action against Jack Phillips, who declined, as owner of Masterpiece Cakeshop, to promote same-sex unions in violation of his constitutionally protected religious and speech rights. In that case, the state had tried to impose a reindoctrination program on Phillips, to address his beliefs about same-sex marriage.

The Supreme Court handed him a victory in a decision that scolded the state of Colorado then for its "hostility" to Phillips' Christian faith. But the narrow decision was based on that hostility, and didn't resolve the issue that is the sole question in the new case: "Whether applying a public accommodation law to compel an artist to speak or stay silent violates the Free Speech Clause of the First Amendment."

The new case is on behalf of graphic artist and website designer Lorie Smith and her studio, 303 Creative.

The ADF noted, "Colorado law requires Smith to design graphics and websites that violate her religious beliefs about marriage as the union of one man and one woman and censors what she wants to say on her own website."

The state had to admit that Smith actually does work with people from all lifestyle choices, including the LGBT lifestyle, but it stills insists she speak messages about marriage that violate her faith.

"Free speech is for everyone. The government can’t force Americans to say something they don’t believe,” said ADF General Counsel Kristen Waggoner. “The First Amendment protects the right of every American to express ideas without fear of government punishment even if the government disagrees with those ideas.

"Yet Colorado continues to violate Smith’s constitutional rights by insisting she speak messages about marriage inconsistent with her beliefs. We hope the Supreme Court will uphold free speech for all Americans, because without this freedom, America will cease to be a vibrant and free democracy that rejects government coercion and promotes human flourishing.”

The 10th Circuit Court, located in the leftist enclave of Denver, decided 2-1 that the state could violate the First Amendment with its so-called nondiscrimination demand.

But the dissent there called the opinion "staggering" based on the fact that the "Constitution protects Ms. Smith from the government telling her what to say…"

The brief that opens the case at the Supreme Court explains, "Forcing artists like painters, photographers, writers, graphic designers, and musicians to speak messages that violate their deeply held beliefs fails to comport with the First Amendment’s promise of ‘individual dignity and choice…' As this Court unanimously held over 25 years ago, the government may not use public-accommodation laws to compel speakers to endorse certain messages and eschew others."

It continues, "Government officials are using their power to coerce those who hold views those officials disfavor. The consequences are often severe. Barronelle Stutzman was forced to retire and hand over her company after Washington prohibited her from creating floral art for weddings. Elane Photography and Sweet Cakes went out of business entirely. Emilee Carpenter is facing six-figure fines and jail. Chelsey Nelson and Bob Updegrove are in litigation. And Jack Phillips has been in court for 10 years—despite prevailing in this Court. Such coercion will continue to increase unless this Court issues a definitive ruling protecting the First Amendment rights of these creative professionals."

Turley noted while he, himself, supports same-sex marriages, he doubts the legality of the state's "Anti-Discrimination Act" that has as its very purpose to be "eliminating … ideas."

Those words come from the 10th Circuit Court of Appeals decision that went against Smith, and Turley said they "may be some of the most honest but chilling words ever uttered in a federal court opinion."

He said, "Many years ago, I wrote an academic piece on how anti-discrimination laws would inevitably collide with free-speech and free-exercise rights. Those conflicts continued to mount across the country. In 2018, the court was thought to be ready to clarify the applicable standards in the case of a religious cake shop owner who refused to make cakes for same-sex couples. The court ultimately punted in that case, Masterpiece Cakeshop v. Colorado Civil Rights Commission, ruling for the owner yet leaving uncertainty over the constitutional limitations on cities and states under anti-discrimination law.

"Smith’s case has long been a focus for some of us. I have written in favor of taking a free-speech approach to these cases rather than treating them as conflicts under the Constitution’s religion clauses."

He said the coming decision, then, "could signal that a new, bright line will be drawn in this case."

He said, "One’s personal views or values should not matter in determining whether Smith has a right to the expression of her own views as an artist," and that "brings us to the most striking aspect of the 10th Circuit opinion."

Turley said past court decisions have minimized the actual impact on speech rights on those "nondiscrimination" laws, which actually institutionalize discrimination against those with opinions not favored by the state.

The 10th Circuit Court, embedded as it is within a leftist state, already has produced some leftist decisions, and in this case it was "neither evasive nor ambiguous."

"It agreed that this case involved 'pure speech' and that the state was forcing her both to say things she opposed and to not say things she supported. It further agreed that this denial required the satisfaction of the most stringent constitutional standard: the strict scrutiny test. It then said all of that was perfectly constitutional. The court ruled that the state could create a type of 'pro-LGBT gerrymander' forcing religious artists to celebrate same-sex marriage while protecting the speech rights of secular artists," he explained.

In fact, when the Phillips case was before the Supreme Court, the evidence showed Colorado allowed pro-LGBT bakers to refuse requests to create a cake with the Old Testament condemnation of homosexuality as a theme because of their "beliefs." The state, however, denied Phillips exactly the same protections regarding his beliefs.

Turley said, "After years of obfuscation and avoidance, the court finally has a free speech case without exit ramps or extraneous issues. Free speech offers a clear path and precedent for addressing these conflicts. For example, a Jewish baker asked to make a 'Mein Kampf' cake, or a black baker asked to make a KKK cake, should be able to refuse those jobs as offensive to them."

"'Public accommodation' should not mean 'compelled public speech.' Likewise, it should not allow the government to ban an artist from expressing her views on the sanctity of marriages, even if many of us reject her views," he explained.

The brief, in fact, points out that Smith wants the same rights the state of Colorado already has affirmed for the pro-LGBT activists: to decide "which commissions to accept based on what the message is, not who is requesting it."

"But Smith will decline any request – no matter who makes it – to create content that contradicts the truths of the Bible, demeans or disparages someone, promotes atheism or gambling, endorses the taking of unborn life, incites violence, or promotes a concept of marriage that is not solely the union of one man and one woman."

She's not even allowed to explain her beliefs, because of state threats of "investigation, fines and re-education."

The issue also came up recently when Gov. Jared Polis claimed, falsely, that the state didn't interfere in decisions by its businesses. He was trying to lure the Disney corporation into building a theme park in the state where outdoor activities are limited for weeks on end because of the weather.

That arose because of Disney's fight with the state of Florida over a law protecting children in schools of LGBT indoctrination attempts.

The 10th Circuit's odd conclusion was that Smith's creations are so good, so unique, that those products are available to the public ONLY through her, so the state has a right to force her to provide them, even against her beliefs.