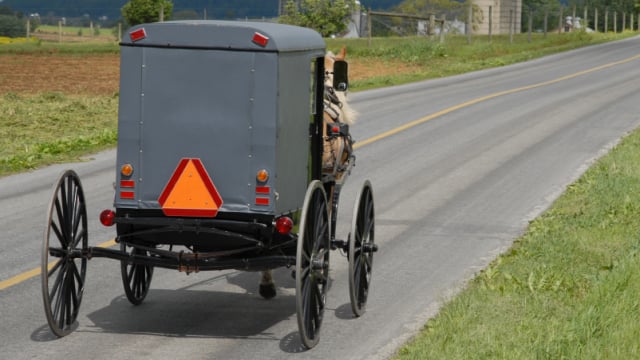 (FOX NEWS) – An Amish man in Ohio was the subject of a low-speed police chase on May 14 when he was asleep while operating a horse and buggy.

Ashtabula Sheriff's Deputy Mike Talbert attempted to stop the buggy at around 2:43 a.m. in Orwell, Ohio, but was unsuccessful and told other officers that the driver of the horse and buggy looked like he was asleep, according to Fox 8.

"There is a Bud Light can sitting in there and he’s passed clean out," Talbert says. "We got a drunk Amish guy passed out in a buggy."