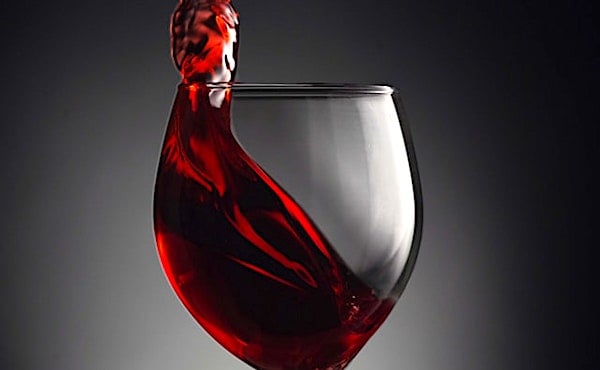 (Photo by Saman Taheri on Unsplash)

It's one of the most spectacular miracles recorded in the Bible: Jesus instantly transforming water into wine during a wedding feast.

In fact, it was the very first public sign given by the Son of God, as Scripture calls it "this beginning of miracles" (John 2:11 KJV).

But is there more to the story than the occurrence of an amazing wonder that seemingly defies the laws of physics?

"The entire account of Jesus turning water into wine during a wedding feast is not only impressive, it's a real-life parable voicing astonishing and important messages if we just open our eyes and ears to Spirit of God," says Joe Kovacs, author of the brand-new book, "Reaching God Speed: Unlocking the Secret Broadcast Revealing the Mystery of Everything."

"Not only did this event actually take place some 2,000 years ago, there are many hidden prophecies embedded inside. It goes far beyond the physical event of water being transformed into wine."

The account is recorded in the second chapter of the Gospel of John, where Jesus attended a wedding in the Cana region of Galilee.

During the course of the feast, wine for the guests runs out, and Jesus instructs the servants to fill "six waterpots," or large jars, with water.

Then he said to them, "Now draw some out and take it to the headwaiter." And they did. When the headwaiter tasted the water (after it had become wine), he did not know where it came from ​— ​though the servants who had drawn the water knew. He called the groom and told him, "Everyone sets out the fine wine first, then, after people are drunk, the inferior. But you have kept the fine wine until now" (John 2:8-10 CSB).

"Like everything else in the Bible," says Kovacs, "we need to remember a couple of key principles to decode this intriguing event. The first is that Jesus taught exclusively using symbolic parables (Matthew 13:34) and, secondly, God is constantly 'declaring the end from the beginning' (Isaiah 46:10), broadcasting the conclusion of the matter right from the start.

"So in addition to this historical event, God is using parables – analogies or metaphors – to telegraph astounding messages about His Master Plan of eternal life being offered to us."

The author, known for his "Shocked by the Bible" series, asks readers to consider what is the most important wedding celebration of all time.

"It is not Prince Charles marrying Lady Diana, nor is it Kim Kardashian marrying Kanye West," says Kovacs.

"Of course, the true answer is the end-time wedding feast when God (the ultimate Groom) returns to Earth to marry His bride, the collective group of repentant believers," he explains.

"Let us be glad, rejoice, and give him glory, because the marriage of the Lamb has come, and his bride has prepared herself" (Revelation 19:7 CSB).

"Blessed are they which are called unto the marriage supper of the Lamb" (Revelation 19:9 KJV).

"So, the wedding celebration at Cana in Galilee is, when seen through the Spirit of God, a preview of the end of this physical age, and the beginning of the new time period in which God's marriage to repentant humanity is consummated. He is declaring the glorious end of the story right from the start, with 'this beginning of miracles.'"

Kovacs also focuses readers' attention on the six enormous jars that were filled to the brim with water. 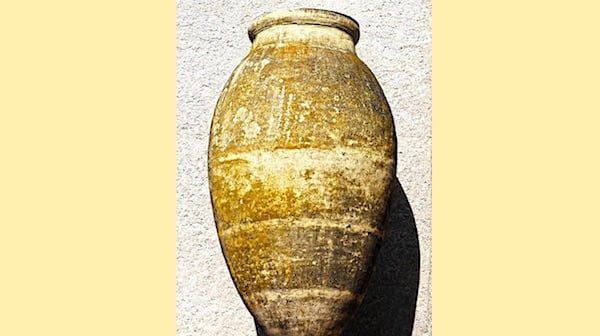 (Image by Marc Pascual from Pixabay)

"The mention of six large jars each containing 'twenty or thirty gallons' (John 2:6 NKJV) is often overlooked as an insignificant detail, but when we connect it to other verses in the Bible, it contains staggering significance."

"What do these giant jars represent? To put it simply, when we connect the dots in Scripture, it's obvious they represent human beings.

"Zion's precious children ... they are regarded as clay JARS, the work of a potter's hands!" (Lamentations 4:2 CSB).

"Now we have this treasure in clay JARS, so that this extraordinary power may be from God and not from us" (2 Corinthians 4:7 CSB).

Why was the water was poured into six jars?

Kovacs explains: "Six is the number of man, who was created on the sixth day of the week (Genesis 1:31) and whose work was to be done in six days (Exodus 20:9). So this No. 6 connection reveals how God is emphasizing that the jars represent all of mankind."

Furthermore, he says there's an eye-opening reason the Bible mentions two different sizes of jars, each holding 20 to 30 gallons of water.

Kovacs notes: "According to the Centers for Disease Control, the average weight of a woman is 170.6 pounds, and the average man weighs 197.9 pounds. Is this ringing any bells yet? Both figures just happen to fall within the range of what Jesus had mentioned about the water weight in the jars. It's not a coincidence, it's God speed. The two sizes of jars and their contents represent people – both women and men! Even in the physical world, we already know that much of our body weight is water." 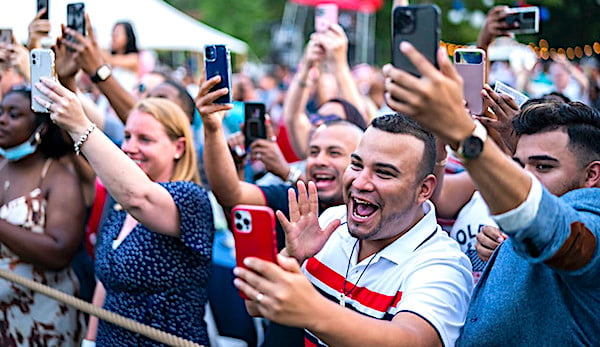 In the Bible, water is associated with the Spirit of God on many occasions, including: "When he said 'living water,' he was speaking of the Spirit" (John 7:39 NLT).

"And then what happens? An astounding, instantaneous transformation. In the blink of an eye, the water gets transformed from one state to another, becoming a more delicious, flavorful, and perfected product called wine.

"What other famous event does this sound like in Scripture? How about the instant transformation of our human, mortal, physical bodies of flesh into our immortal, perfected, spirit bodies? Yes, this wonderful event eventually will happen but not until the end-time wedding feast when Jesus returns. The apostle Paul describes the quickening change this way:

Kovacs says: "So, just as the ordinary water at the Cana wedding had its physical nature miraculously changed in an instant to become something quite different (and some would say much better), so our ordinary bodies will be miraculously changed 'in the blink of an eye' into something far superior: bodies that never die. The fact that the wine saved for the end is called the 'good,' 'best,' or 'fine' wine, depending on your Bible translation, is likely referring to the good nature of those being granted eternal life. In other words, they have repented of their sins and will have become perfected in God's sight, just as good wine gets better with age. And the transformation takes place at the end, just as our transformation into our immortal bodies takes place at the end of this age." 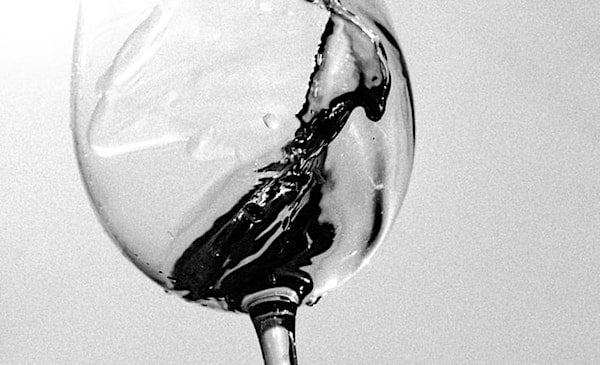 (Photo by Klara Kulikova on Unsplash)

"These highlights are just scratching the surface of what can be gleaned from the miracle of Jesus turning water into wine," Kovacs says. "There's a lot more to reveal when we dig into additional details including who was invited to the wedding feast, the famous statement by Jesus' mother, and why the wedding feast was held on 'the third day.' There are countless inspiring truths to drink in when we make the jump from the physical level to the Spirit level of God speed. As Jesus told His disciples, 'blessed are your eyes, for they see: and your ears, for they hear" (Matthew 13:16 KJV).

(Note: 'Reaching God Speed' is now an audiobook! Also, due to extraordinary demand, Amazon has temporarily sold out of hardcover editions of this book, but paperbacks are still available. Meanwhile, hardcover versions may still be available through other booksellers, including Barnes & Noble, Books-A-Million, and ConservativeReaders.)