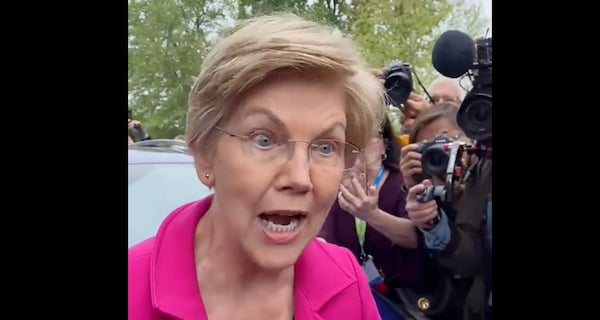 "I am angry and upset and determined," she said, her voice shaking.

Told by the reporter that she had never seen the senator so angry, Warren stopped walking.

"The Republicans have been working for this day for decades," she said.

"They have been out there plotting, carefully cultivating these Supreme Court justices, so they could have a majority on the bench who could accomplish something that the majority of Americans do not want."

On Twitter, meanwhile, Warren called for millions of Americans to "stand up and make their voices heard."

"An extremist Supreme Court is poised to overturn #RoeVWade and impose its far-right, unpopular views on the entire country. It’s time for the millions who support the Constitution and abortion rights to stand up and make their voices heard. We’re not going back — not ever," she tweeted.