During this "Military Appreciation Month" of May, I'm often asked about my brother Wieland, who was killed in Vietnam on June 3, 1970. I've often shared about his heroic actions in war, but let me explain why he was also a fighter from the day he was born and also my best friend.

When Weiland was born on July 12, 1943, our mom wanted to name him Jimmy, but alcoholic dad named him Wieland – unfortunately after his favorite beer. Mom was upset, but there was nothing she could do. His name was already on the birth certificate.

As boys, when Wieland and I got into fights, mom would make us sit down in chairs, across from each other. We'd be huffing and puffing, our cheeks red, our necks wet with perspiration, and mom would say, "Now sit there and look at each other, and don't say a word until I tell you to move." Wieland and I would sit there and glare at each other. Before long one of us would start to giggle, and then we'd bust up laughing. In a matter of minutes, we couldn't even remember what we had been fighting about. 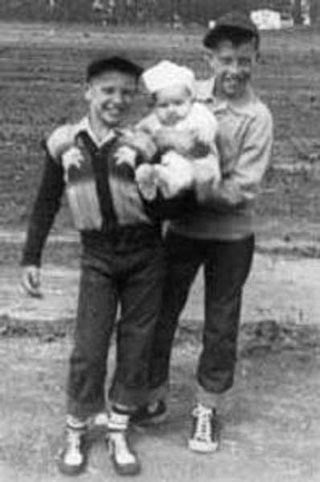 Years later, when I was discharged from the Air Force and before I became world karate champion, I would supplement my income from Northrop Aircraft by teaching karate classes in my parents' backyard. My first students were my brothers—Aaron, who was 9 years old, and Wieland, who was 19. Wieland was the outgoing Norris brother, and he excelled at everything he did.

Soon word began to spread around the neighborhood about the Norris brothers, three fair-haired boys doing karate. We started getting invitations from the Rotary Club and other civic organizations to put on martial arts demonstrations. Aaron was a cute kid, so we had a demonstration in which he threw us "big guys" around. Audiences loved it.

At the height of the Vietnam War, both of my brothers, Wieland and Aaron, enlisted in the U.S. Army. As a veteran myself, I understood their desire to serve, and I concurred with their decision to enlist. After all, the U.S. Air Force turned my life around. It helped me get on the right path. Maybe it would do the same for my brothers. (My father, Ray Norris, fought and was wounded in World War II at the Battle of the Bulge. I served four years in the Air Force in South Korea.)

Aaron was stationed in Korea on the DMZ, but Wieland was sent to Vietnam. As Wieland headed off to Nam, I hugged and kissed him and said, "I'm going to miss you. Be careful." 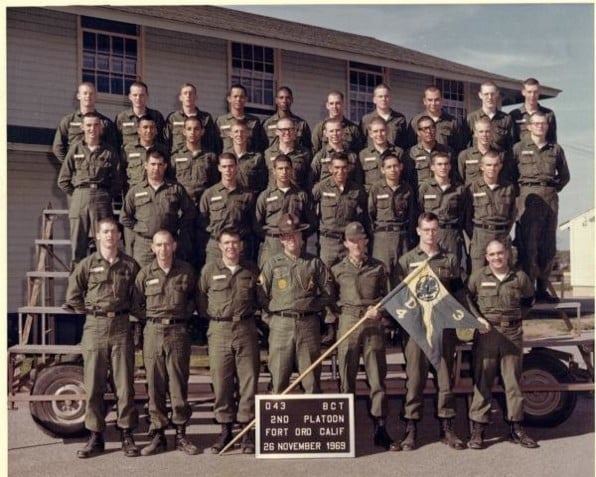 Wieland is third from the left, bottom row. 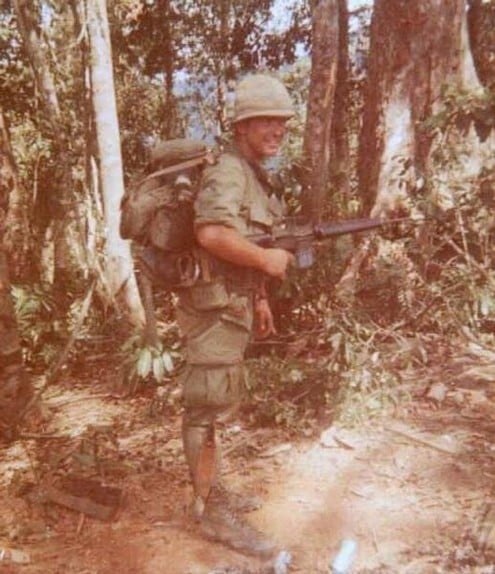 One of the last photos of Wieland in Vietnam.

He began his tour in Vietnam on April 24, 1970. He was there only a little over a month when I got the worst call of my life.

On June 3, 1970, I was refereeing a karate tournament in California when I heard an announcement over the loudspeaker, "Chuck Norris, you have an urgent call." I hustled over to the phone. I recognized the muffled voice of my mother-in-law, and she was crying. "What's wrong, Evelyn?" I asked her. "Your brother, Wieland, has been killed in Vietnam."

If I had been kicked in the stomach by a dozen karate champions at the same time, it could not have impacted me more. I staggered back away from the phone as though that would somehow make Evelyn's words untrue. It didn't.

I hung up the phone, moving in what felt like slow motion. For a long time, I couldn't function. I simply sat in shock, thinking about my little brother Wieland, my best friend whom I would never see again in this life. Right there, in front of anyone who cared to see, I wept uncontrollably.

I'll never forget that day as long as I live. It was a day like no other. No family should have to feel what my mother, Aaron and I did that day. And yet so many do, every day, every year.

I learned later that Wieland had been killed while leading his squad through dangerous enemy territory. He was walking point alone because other troops were too afraid. He had spotted an enemy patrol laying a trap and was trying to warn his men when the Vietcong cut him down. But because he drew out enemy fire, others in his platoon could fight their way out to freedom. Many souls were saved on that day because of my brother's bravery.

My brother, Wieland Clyde Norris, earned his Purple Heart on June 3, 1970, when he gave his life in combat in the Vietnam War. He was also awarded the Silver Star Medal for his conspicuous gallantry and intrepidity in action. It was to Wieland I also dedicated my three "Missing in Action" films.

Here's a little family secret and something that still haunts me to this day. When Wieland was only 12 years old, he'd once had a premonition that he would not live to be 28. Wieland died on June 3, 1970, one month before his 28th birthday.

I tried to help mom the best I could, but hers was a pain particular to parents of war – something I would never fully understand. In fact, for the first time, she wrote about Wieland's life and sacrifice in detail in her autobiography: "Acts of Kindness: My Story."

It's been 52 years, and I still miss my brother terribly – we all do. I think of Wieland often and am comforted only by the certainty that one day we will be giving him a great big hug in heaven.

In 2007, after I was blessed to be bestowed as an "Honorary Marine" by Commandant Gen. James Conway in Washington, D.C., my wife, Gena, and I went to the Vietnam Memorial Wall to reflect again upon my brother's sacrifice. As I stood soberly looking at his name etched for all time on that wall, I said, "This one's for you too brother."

It's fitting for a soldier like Wieland that Memorial Day falls every year a week or so before the anniversary day that he gave his life for the cause of freedom. Though we didn't win the war of Vietnam, my brother did not die in vain, just like other soldiers and service members who sacrifice everything in their country's service.

Whether it's for our freedom or another's, the words of Jesus, the world's ultimate freedom fighter, are true for all of us: "There is no greater love than this: that a man lay down his life for another."

(With May also being Mental Health Awareness month, please also see my C-Force health & fitness column this week on "Even in the Military, Asking for Help Should Never Be a Liability.")

Chuck Norris
Chuck Norris is the star of more than 20 films and the long-running TV series "Walker, Texas Ranger." His latest book is entitled The Official Chuck Norris Fact Book." Learn more about his life and ministry at his official website, ChuckNorris.com.
The mentor who had the greatest influence on my fatherhood
Teens buying fentanyl on social media, and sales are soaring!
The expelled student who won D-Day, WWII and saved the world
It's a heart problem, not a gun or mental health problem
The fallen warrior to whom I dedicated my 'Missing in Action' films
See more...