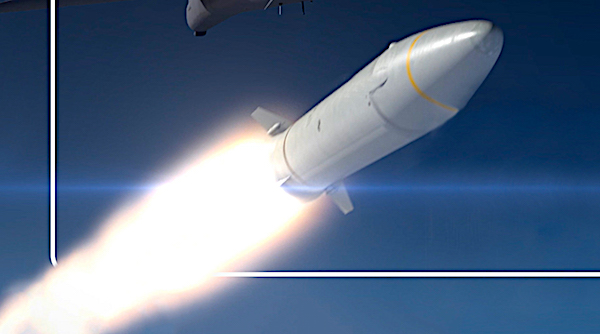 The United States Air Force announced the successful test of a hypersonic missile that can travel more than five times the speed of sound, according to a Monday press release.

A Boeing B-52H Stratofortress launched the AGM-183 AGM-183A Air-launched Rapid Response Weapon (ARRW) off the coast of California Saturday, the press release stated. The missile is designed to strike long-distant targets in what the Air Force denotes as “contested environments,” or heavily defended areas.

“This was a major accomplishment by the ARRW team, for the weapons enterprise, and our Air Force,” Brig. Gen. Heath A. Collins said.

Maj. Gen. Igor Konashenkov, a spokesman for the Russian Defense Ministry, claimed Russian forces used hypersonic missiles to destroy a Ukrainian ammunition warehouse during the invasion of Ukraine in March, according to the New York Times.

“Our highly-skilled team made history on this first air-launched hypersonic weapon,” said Lt. Col. Michael Jungquist, commander of the 419th Flight Test Squadron. “We’re doing everything we can to get this game-changing weapon to the warfighter as soon as possible.”

The missile is expected to reach an early operational capability in September, according to Air Force Technology, a military aerospace news site. An ARRW has the capability to hit targets up to 1,000 miles away in as few as ten minutes, according to a 2020 report by Air Force magazine.