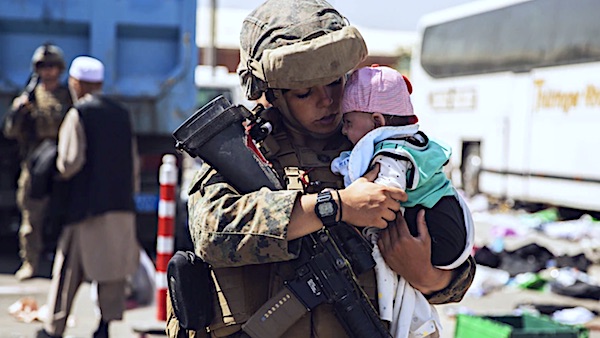 “It is no coincidence that we are launching on Memorial Day, less than a year after we witnessed the Biden administration’s failed leadership contribute to the loss of American lives in Afghanistan,” Jason Bacon, a former Green Beret and previous congressional candidate said, according to Fox News. “It is imperative that we elect real leaders to Congress with the knowledge and experience to prevent this kind of travesty.”

The political action committee was formed in response to the chaotic withdrawal of American forces from Afghanistan, during which a bomb attack killed 13 U.S. military personnel, which prompted criticism and calls for the resignations of senior Biden administration military and foreign policy officials, Fox News reported.

Bacon described Green Berets as “warrior-diplomats” who bring an understanding of foreign cultures, language skills and years of experience implementing American foreign policy on the ground, according to Fox News.

“They have a breadth of experience that surpasses that of a typical Congressional candidate,” Bacon said. “We are proud to support these outstanding candidates for Congress.”

The PAC endorsed nine candidates, eight of whom are former Green Berets, including Republican Rep. Michael Waltz of Florida, Joe Kent in Washington state’s 3rd Congressional District and Don Bolduc for the U.S. Senate in New Hampshire in the 2022 election cycle, according to its website. The PAC also endorsed former Navy SEAL Eli Crane in Arizona’s 2nd Congressional District.

Green Berets PAC did not respond to a request for comment from The Daily Caller News Foundation.