When the World Economic Forum held a virtual meeting in January, "his excellency" Chinese Communist Party leader Xi Jinping set the tone with his keynote address, urging the gathering of globalist leaders to "join hands and let multilateralism light our way toward a community with a shared future for mankind."

Introducing Xi, WEF founder Klaus Schwab praised China for its "many initiatives" undertaken "in the spirit of creating a world where all actors assume a responsible and responsive role."

This week, however, as WEF holds its first in-person Davos meeting in two years, the release of a massive trove of files documenting the scope and severity of China's persecution of its Uyghur minority under Xi's leadership is threatening to crash the party.

The files, obtained by hacking into police and "re-education" camp computers in Xinjiang province, contain, among other things, documentation of Xi demanding that new camps be built because of overcrowding, vivid images of police drills, and spreadsheets showing the vast scope of the internments.

In one Xinjiang county, for example, more than 12% of the adult population was interned in 2018.

The files were obtained by scholar Adrian Zenz, senior fellow and director in China studies at the Victims of Communism Memorial Foundation in Washington, D.C. 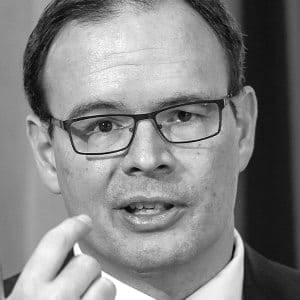 Adrian Zenz, senior fellow and director in China studies at the Victims of Communism Memorial Foundation in Washington, D.C. (VictimsOfCommunism.org)

Among the files is a "classified" government transcript of an internal 2018 speech by Minister of Public Security Zhao Kezhi that supports the estimates of between 1 million and 2 million Uyghurs and other ethnic minority individuals being interned by the late 2010s.

Are leftists more interested in tyranny and repression than they are in freedom and justice?
100% (69 Votes)
0% (0 Votes)

China's ambassador to the U.K., Zheng Zeguang, reacted Tuesday to news reports on the release of the data, including an article by the BBC.

"Such a shame for BBC to carry the fabricated story about so-called 'detention camps,'" the ambassador wrote. "Pathetic for the media, in cahoots with the notorious rumour monger, to once again spread disinformation about Xinjiang."

Zenz, who has a Ph.D. in social anthropology from the University of Cambridge, is known for his research on Beijing's campaign of mass internment and forced labor in Xinjiang. 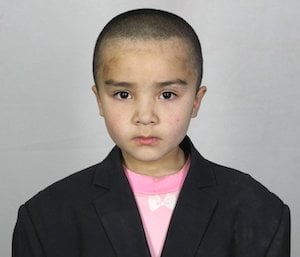 On Tuesday, he published a peer-reviewed academic paper titled "The Xinjiang Police Files" as well as an article in the online publication China File on the Zhao speech describing Xi's direction of mass detentions in Xinjiang.

In the China File article, Zenz noted that China observers have been unsure of the precise role of Xi or of the central government in the campaign against the Uyghurs.

The Zhao speech, he wrote, "shows that Xi himself has been personally aware of the details of this campaign, and that he issued instructions that enabled its continuation and expansion."

Zenz highlighted some of the contents of the trove of government data in a thread Tuesday on Twitter: