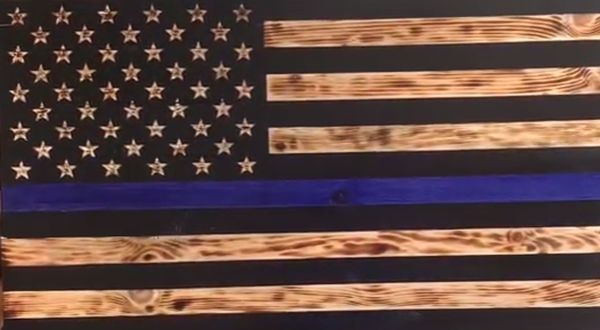 (WASHINGTON EXAMINER) – The father of a slain police officer was ordered by his homeowner's association to take down the "Thin Blue Line" flag he flies in honor of his son on Monday.

Thomas DiSario lost his son, the police chief in Kirkersville, Ohio, five years ago and has flown the flag outside his Etna home since, according to a report.

"It's been flying since the 12th of May 2017," DiSario said, referencing the date of his son's death.