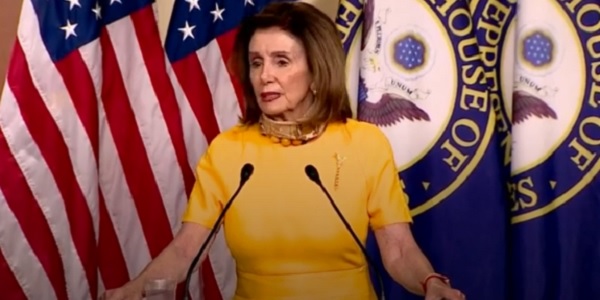 Paul Pelosi was arrested in Napa County, California at 11:44 p.m. on Saturday night, and was charged with driving with a blood-alcohol level of .08 or higher as well as driving under the influence of alcohol. The arrest was first reported by TMZ.

WND News Services
These reports are produced by another news agency, and the editors of WND believe you'll find it of interest.
Whitmer rakes in cash from Hollywood, billionaires while blasting others' 'special interests'
Biden's CIA director employed Chinese Communists at elite think tank
Tim Tebow blasts 'one of the greatest evils in the world'
'You see a lot of dead people': Migrants bused to D.C. reveal horrors of coming to U.S.
Average young adult finally takes car into shop – after 8th warning light!
See more...