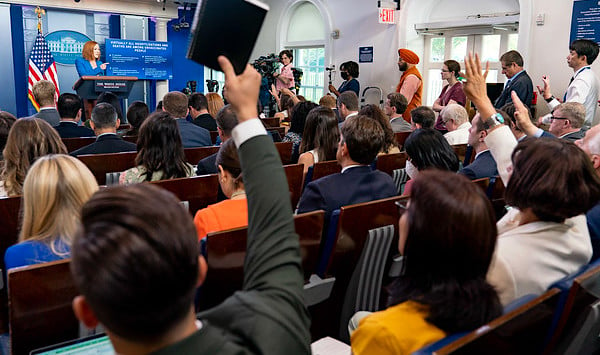 It's likely few people still believe newspapers are neutral providers of "news," after the legacy media's agenda to suppress bad information about the Biden family's international business schemes and portray everything President Trump accomplished as bad over recent years.

The few who still held on to that ideal now likely are having their beliefs shattered, as the Denver Post has given up any pretense of neutrality with an article that promotes abortion, and directs readers where to donate money for the operations of the lucrative industry.

A report at Campfire Colorado pointed out, "The Denver Post has taken liberal activism in the press to a whole new level tonight – the newspaper is literally directing donors to an Act Blue page supporting 'Abortion Funds and Pro-Choice Groups.'"

That Act Blue organization is a donation platform for Democrats that lets donors "contribute online to Democratic campaigns, political action committees and outside groups…"

The Denver Post is encouraging their readers to financially support abortion nonprofits.

This @denverpost “reporter” literally linked to ActBlue (the Democrat donation platform) and is actively promoting where to get an abortion in this article.

No wonder people have no faith in the news. This isn’t journalism, this is far- left activism. #copolitics https://t.co/Nf8PO1hqxt pic.twitter.com/6Q98xv7DQK

The report charged, "It’s time for everyone to acknowledge the Denver Post is a liberal activist organization."

In that piece, "Post reporter Conrad Swanson linked to 'a variety of abortion funding providers' and extensively quoted pro-abortion activists, including a Planned Parenthood official. He did not quote a single pro-life individual or link to any pro-life organizations."

Swanson's campaign piece included, "Anyone outside of Colorado who needs help traveling for an abortion in state should reach out to the wide variety of fundraising sources, which also include Keep Our Clinics, [Colorado Organization for Latina Opportunity and Reproductive Rights president Aurea] Bolaños Perea said. A broader list of abortion funds can be found online at secure.actblue.com. Those looking for legitimate clinics and to avoid 'crisis pregnancy centers,' which seek to talk women out of abortions rather than providing any medical service, can search online at ineedana.com."

The Denver Post is the same newspaper that fired libertarian columnist Jon Caldara after Caldara's column stated a scientific fact, that "there are only two sexes."