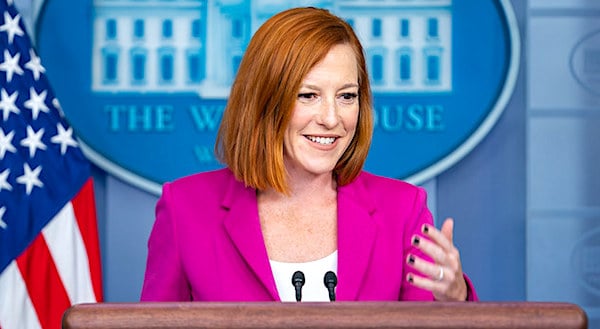 Jen Psaki soon is leaving her job as White House spokeswoman, apparently to become a commentator at MSNBC.

So Joe Biden has picked Karine Jean-Pierre as her replacement, and she comes with a long leftist history of work for MoveOn.org, the American Civil Liberties Union and MSNBC, and also fills out quota demands in two categories, she's LGBT and black.

The Daily Mail reported Jean-Pierre has been deputy press secretary for Biden, but will take over the top slot when Psaki leaves May 13.

The report noted that there have been suggestions Psaki is joining "left-wing television network MSNBC," but that wasn't confirmed.

Jean-Pierre, 44 is the first black female White House press secretary and the first "openly "LGBT" person there, the report said. She lives in Washington, D.C., with her partner, CNN journalist Suzanne Malveaux. 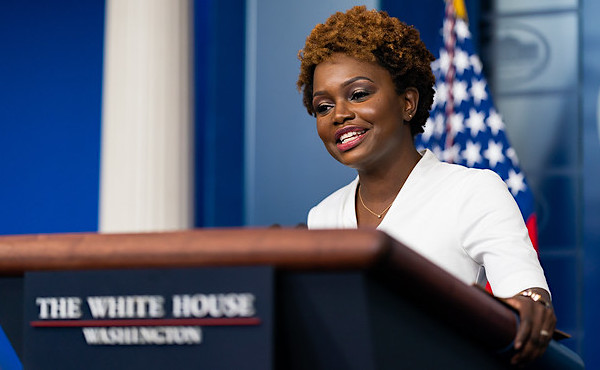 Biden praised her experience and integrity.

Biden also praised Psaki for "returning decency" to the press room, an apparent jab at President Trump's response to combative reporters when he was in office.

However, Psaki will be known, at least, for making the increasingly unlikely claim that Joe Biden didn't have anything to do with the overseas business schemes of his son, Hunter, as evidence more and more points to exactly that.

She also is famous for simply not responding to multiple questions, instead promising to "circle back."

The newcomer previously worked with Kamala Harris, and before that the Barack Obama administration as regional political director for the White House Office of Political Affairs.

At the same time as this announcement Biden confirmed that he's reaching back to the Obama administration for other hire: former senior Biden adviser Anita Dunn would be returning to the administration in the same role.

She was in Obama's White House as acting communications director years ago.