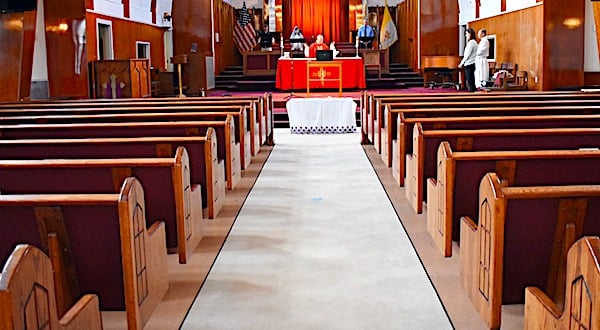 (DAILY MAIL) -- A 65-year-old Indiana pastor has stepped down from his role in the church after admitting he had an affair with a 16-year-old girl in front of his entire congregation.

Pastor John Lowe II stepped down from the New Life Christian Church after being confronted on stage by Bobi Gephart, a 43-year-old woman who came forward with a microphone to tell their church in Warsaw, Indiana, how he'd groomed her as a teen, starting when she was 16 - the legal age of consent in the state.

Pastor Lowe II had just told the church that he 'sinned' 20 years ago by committing adultery, without mentioning how old the woman or girl was at the time.