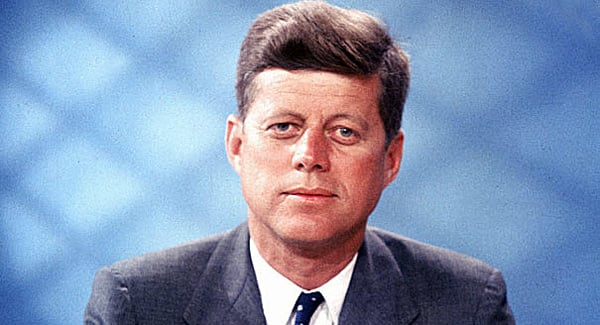 There were no shots fired between the United States and the then-Soviet Union in 1962 when the Cuban Missile Crisis developed.

But there could have been.

That was when Soviet leader Nikita Khrushchev reached a secret agreement with Cuban dictator Fidel Castro to put nuclear missiles on Cuba soil, only a short hop from the mainland U.S.

President John F. Kennedy declared a naval "quarantine" of Cuba, and warned the U.S.S.R. America would not allow offensive missiles in that proximity. Tensions were sky-high and nukes were definitely on the table, but it was resolved through a middle-of-the-night communication from Khrushchev to Kennedy offering a standdown which shortly later happened.

Now Nina Khrushcheva, the great-granddaughter of Khrushchev, has warned that the world today is closer to nuclear war than then.

She said in an interview with the Mirror in the war Russia launched against Ukraine with an invasion, "neither side appears prepared to 'back off,'" the report said.

She said in the report despite a "war of words" during the period of Cold War brinkmanship, both Kennedy and her great-grandfather agreed to de-escalate as soon as there was a real threat of nuclear action.

But today, she said, the conflict actually is a proxy war between Russia and the West, with Ukraine caught in the middle.

"What really saved the world at the time was that both Khrushchev and Kennedy, whatever they thought of each other's ideology and disagreed with it, and didn't want to give in and blink first, yet when the threat appeared of a potential conflict of any kind they immediately backed off," she explained.

She's a professor of international affairs at The New School in New York.

Today the concern is higher than 60 years back, she said. 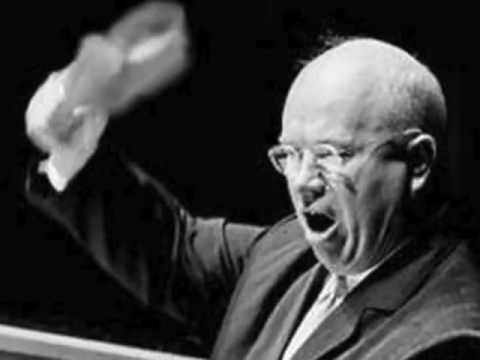 Soviet Premier Nikita Khrushchev bangs his shoe at a U.N. podium in 1960

"We are closer to more issues, nuclear, than any other way, because I don't see today any side, particularly the Russian side, backing off, and that's what really scares me the most," she explained.

The report explained, "Her concerns about escalation were echoed by former MI6 chief Sir Alex Younger, who said the 'discipline of deterrence' that helped both sides back down in 1962 appears to have been lost."

While many perceive Russia's rhetoric as attempts to "bully" the West, he said the situation is serious.

"It's a very emotional situation that we're in... So I think there are real dangers here, but I think Putin also is essentially trying to bully us and intimidate us with talk of his nuclear weapons," he explained.

Online reference materials explained the Cuban missile crisis "was a direct and dangerous confrontation between the United States and the Soviet Union during the Cold War and was the moment when the two superpowers came closest to nuclear conflict."