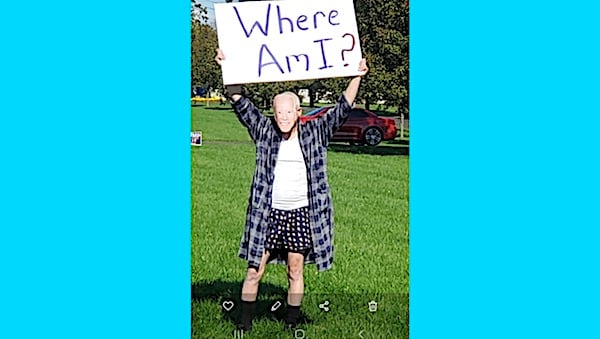 Former Amazon CEO Jeff Bezos tore into the White House Monday after a weekend of sparring on Twitter over President Joe Biden’s handling of the economy.

“Look, a squirrel! This is the White House’s statement about my recent tweets,” Bezos said in response to a White House statement addressing his earlier comments. “They understandably want to muddy the topic. They know inflation hurts the neediest the most. But unions aren’t causing inflation and neither are wealthy people. Remember the Administration tried…”

Look, a squirrel! This is the White House’s statement about my recent tweets. They understandably want to muddy the topic. They know inflation hurts the neediest the most. But unions aren’t causing inflation and neither are wealthy people. Remember the Administration tried… pic.twitter.com/GaMb3Kiu72

The White House had suggested Bezos was going after the Biden administration because of his own business interests Sunday.

“It doesn’t require a huge leap to figure out why one of the wealthiest individuals on Earth opposes an economic agenda for the middle class that cuts some of the biggest costs families face, fights inflation for the long haul, and adds to the historic deficit reduction the President is achieving by asking the richest taxpayers and corporations to pay their fair share,” the White House said in a statement to The Washington Post.

“It’s also unsurprising that this tweet comes after the President met with labor organizers, including Amazon employees,” the statement said.

Bezos had replied to Biden’s tweets over the weekend with criticism of his inflation plans and his handling of the economy.

You want to bring down inflation?

Let’s make sure the wealthiest corporations pay their fair share.

“You want to bring down inflation? Let’s make sure the wealthiest corporations pay their fair share,” Biden tweeted Friday.

Bezos suggested the statement was misinformation while taking a dig at Biden’s Disinformation Governance Board.

“The newly created Disinformation Board should review this tweet, or maybe they need to form a new Non Sequitur Board instead. Raising corp taxes is fine to discuss. Taming inflation is critical to discuss. Mushing them together is just misdirection,” Bezos tweeted.

Biden also caught Bezos’ attention with a Saturday tweet about the national deficit.

“Under my predecessor, the deficit increased every single year,” Biden wrote. “This year, we’re on track to cut the deficit by $1.5 trillion – the biggest one-year decline ever. It matters to families, because reducing the deficit is one of the main ways we can ease inflationary pressures.”

“In fact, the administration tried hard to inject even more stimulus into an already over-heated, inflationary economy and only Manchin saved them from themselves. Inflation is a regressive tax that most hurts the least affluent,” he said. “Misdirection doesn’t help the country.”

The White House and Bezos did not immediately respond to The Daily Caller News Foundation’s request for comment.