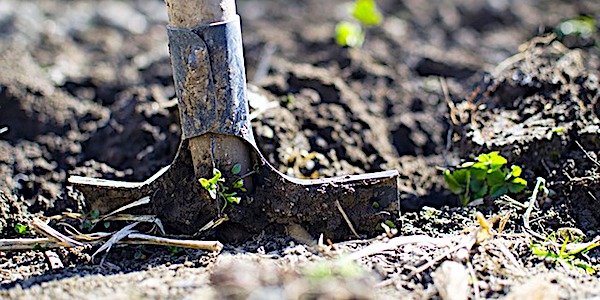 (Image by Goumbik from Pixabay)

(THE BLAZE) -- A South Carolina man seems to have become the victim of his own bad karma when he suffered a fatal heart attack while trying to bury the body of his girlfriend, whom he had strangled to death, Edgefield County officials report.

Deputies responding to "a call of an unresponsive man lying in his yard" discovered the body of Joseph Anthony McKinnon, 60, lying dead with "no signs of trauma and natural causes were suspected." However, a second body located "in a freshly dug pit" turned out to be McKinnon's girlfriend, Patricia Ruth Dent, 65, who appeared to have died by "foul play," according to a statement from Edgefield County Sheriff Jody Rowland and Edgefield County Coroner David Burnett.

Autopsies confirmed McKinnon's cause of death was "a cardiac event," while Dent was determined to have "died by strangulation."

WND News Services
These reports are produced by another news agency, and the editors of WND believe you'll find it of interest.
China's coal use poised to wipe out 17 years worth of U.S. emissions progress
Israeli government bargains with Netanyahu to ease its collapse
Congresswoman coins gender-neutral term for men who father children
Republicans snag more than 1 million voters from Dems in past year
Catholic Church: Roe decision 'challenges the whole world'
See more...