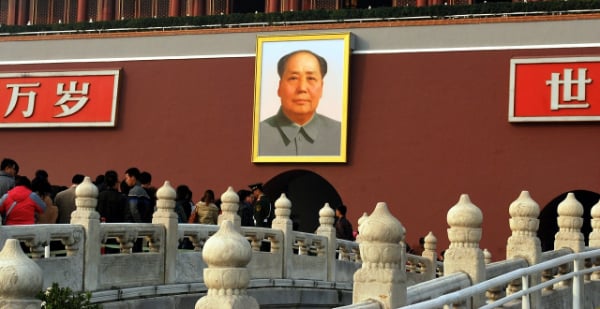 The Mao-admiring adviser to Barack Obama, Anita Dunn, is returning to power in the West Wing, just as a looming election is expected to return the GOP to the majority in the U.S. House and unleash investigations into Joe Biden.

The Gateway Pundit labeled her a "Mao Tsa Tung lover" after the White House this week confirmed Dunn "will return as a senior adviser."

It was CNN that suggested she might be returning to help Biden "with the onslaught of investigations the GOP has promised to launch if they win back the House."

The report explained Dunn "is a radical leftist who previously praised mass murderer Mao Tse Tung as one of her 'favorite political philosophers.'"

Accounts blame him for the murders of anywhere from 45 million to 70 million Chinese during last century, which would make him the worst mass murderer in world history.

She previously had advised Biden and served for a time as the Obama White House communications chief until a video of her praising Mao surfaced.

It was the Daily Caller News Foundation that reported in 2020 about Dunn's admiration for Mao.

Is Mao Tse Tung a suitable historical figure for the Biden administration to admire?
13% (9 Votes)
87% (59 Votes)

She explained her feelings during a speech to graduating high schoolers in 2009.

"In 1947, when Mao Zedong was being challenged within his own party on his plan to basically take China over … the nationalist Chinese held the cities, they had the army, they had the air force, they had everything on their side," Dunn told the audience. "And people said how could you win? How could you do this?

She was the White House communications chief for Obama when she was recorded praising the communist dictator and killer.

The Federalist reported Dunn also was a "Harvey Weinstein apologist."

"According to BuzzFeed in 2017, Dunn was not paid for her work on behalf of Weinstein, who was convicted of rape in 2020, but helped the celebrity producer navigate the public relations crisis from the sex scandals. Weinstein was sentenced to 23 years in prison at 67 years old after six women testified against him," the report said.