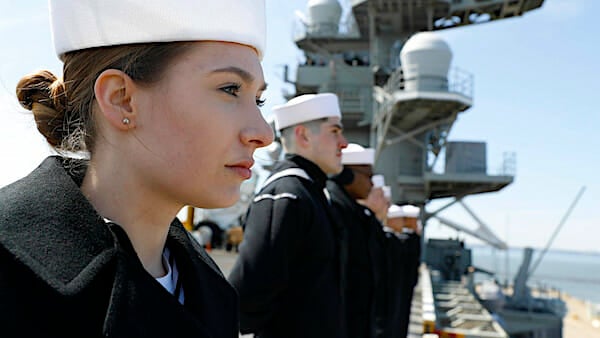 The largest Chinese aircraft carrier group reportedly ever assembled is conducting combat training near a U.S. naval base in Japan, according to multiple Chinese media sources on Tuesday.

China’s aircraft carrier “Liaoning,” as well as seven other vessels, are reportedly performing a naval expedition in close proximity to Nagasaki, Japan, and the U.S. Navy base at Sasebo, according to a Tuesday report from China’s Observer News translated by the Daily Caller News Foundation. The USS Abraham Lincoln aircraft carrier is also in the vicinity, according to the report.

The U.S. Naval Institute fleet tracker placed both the USS Abraham Lincoln, as well as the USS Ronald Reagan aircraft carrier in the waters near Sasebo on May 2. 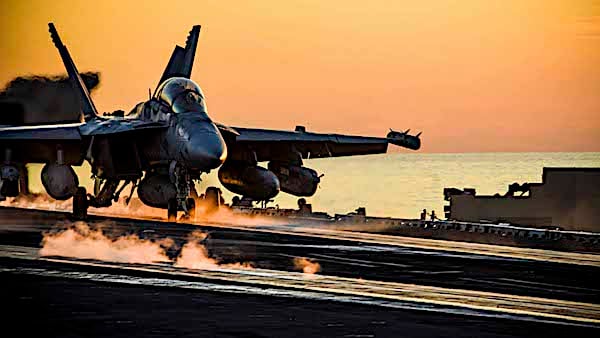 A Navy EA-18G Growler takes off from the flight deck of the USS Ronald Reagan in the Philippine Sea, Oct. 28, 2020, during Keen Sword, an exercise with joint and bilateral partners to enhance long-range interception capabilities. (U.S. Navy photo by Mass Communication Specialist 3rd Class Gabriel A. Martinez)

China’s military news outlet confirmed its nation’s aircraft carrier group was operating in the western Pacific Ocean in a Tuesday bulletin translated by the DCNF, but stated the “routine training operation” was “not directed against any party.”

The total tonnage for this iteration of the Liaoning’s aircraft carrier group is reportedly the largest formation ever assembled in the history of the People’s Liberation Army Navy, according to an opinion piece from China’s Tencent News translated by the DCNF. 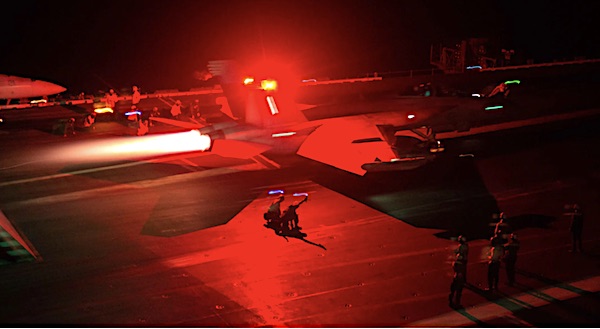 In addition to the Liaoning aircraft carrier, the Chinese naval formation is reportedly composed of four destroyers, a guided missile frigate and a supply ship, according to the report from The Observer.

While no Chinese submarines were identified as serving within the Liaoning aircraft carrier formation, the opinion piece from Tencent News does “not rule out” that a People’s Liberation Army nuclear submarine is also operating alongside the strike group, citing the standard operating procedures of U.S. aircraft carrier groups which reportedly are always escorted by such vessels.