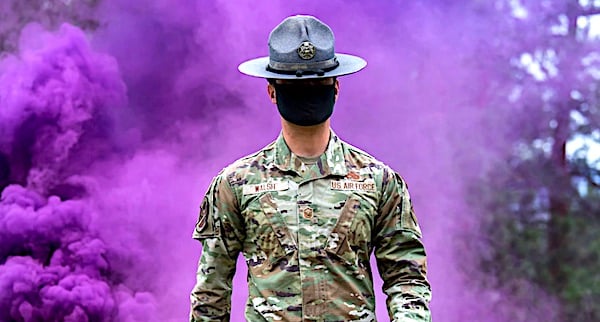 The National School Boards Association (NSBA) considered urging the Biden administration to deploy the military to school board meetings to monitor threats against board members in September 2021, according to an independent review conducted by attorneys.

The NSBA sent a letter to the Biden administration Sept. 29, 2021 calling for the federal government to use anti-terrorism laws, including the Patriot Act, to treat violence and threats of violence against school board members as “the equivalent to a form of domestic terrorism and hate crimes.” However, in an earlier draft the NSBA called for the deployment of the national guard and the military police to monitor school board meetings before removing the language, according to the independent review of its decision to request federal authorities to monitor school board activities.

Breaking: In the wake of yesterday’s @FreeBeacon report, National School Board Association announces “we regret and apologize for the letter” to Biden admin characterizing concerned parents as potentially domestic terrorists pic.twitter.com/3RBufvWqAN

“[W]e ask that the Army National Guard and its Military Police be deployed to certain school districts and related events where students and school personnel have been subjected to acts and threats of violence,” the earlier draft of the letter said.

Days after the final NSBA letter was sent, Attorney General Merrick Garland called on the FBI to use its authority against those who intimidate, harass or threaten school board members.

The NSBA walked back its letter in October and apologized after widespread blowback over a public perception that the organization was attempting to target concerned parents who were protesting at school board meetings.

The NSBA did not respond to the Daily Caller News Foundation’s request for comment.