'In God We Trust' is emblazoned above the American flag in the U.S. House of Representatives on April 28, 2021. (Video screenshot)

An Associated Press article on the influence of "Christian nationalism" on the 2022 primary elections has confirmed the fears of many voices on the left who are calling for action, lest the nation perish.

MSNBC host Joy Reid said via Twitter she was "glad to see the mainstream media beginning to make it plain, rather than trying to sugarcoat or both-sides this, because Christian nationalism poses a very real threat to American national security and social cohesion."

Freelance writer David Bates tweeted they "will go after every office and seat, from the White House to school boards, city councils, even library boards."

"They will. They are. Pay attention. This is what fascism looks like in America in the 21st century. Get in the fight or forfeit."

Adrienne Quinn Martin, the Democratic Party chairman of Hood County, Texas, was among many who used the term "White Christian Nationalism," declaring it must be "defeated."

"You can't compromise with people who view opposition as evil and believe they are on a mission from God. White Christian Nationalism has to be defeated there is no middle ground."

In contrast, author and radio host Ben Shapiro, who is Jewish, called the AP article "the height of absurdity."

"Apparently if you believe in school prayer, American exceptionalism, traditional marriage, protecting the lives of the unborn, and biological sex, you might be a Christian nationalist," he wrote.

Political commentator and former Fox Business Network host Lou Dobbs said the AP's take is "Fake News at its worst: insinuating that our Judeo-Christian faith and patriotism are threats to democracy: Christian nationalists champion a "fusion of American and Christian values."

Pollster Rich Baris tweeted that "the @AP is basically admitting here —using @dougmastriano as a piñata — that the central philosophies behind the founding of the country are something to be feared."

"AP, do you believe you're smarter than the founding fathers? It sure sounds like it," he said.

Titled "Christian nationalism on the rise in some GOP campaigns," the article Sunday featured the remarks of Doug Mastriano during a victory celebration after he won the Republican primary in Pennsylvania’s gubernatorial race last week.

The AP said Mastriano "has not only made faith central to his personal story but has woven conservative Christian beliefs and symbols into the campaign – becoming the most prominent example this election cycle of what some observers call a surge of Christian nationalism among Republican candidates."

Elizabeth Neumann, who grew up in an evangelical Christian home and served in the George W. Bush and Trump administrations, is one of the "experts" cited by the AP. She said Christian nationalism "began picking up steam around 2015 amid a rising narrative of purported persecution of Christians."

Neumann currently is chief strategy officer for Moonshot, a tech company that aims to counter online violent extremism and disinformation. She said the "heretical" and idolatrous movement has an "apocalyptic vision (that) very often leads to violence."

But she sees it as "the gasping, dying breath of the older generation in America that is afraid that Christians are going to be replaced."

Elizabeth Neumann, who served in the George W. Bush and Trump administrations and grew up in an evangelical Christian household, had a “stroke” of genius when she told AP “I see Christian nationalism as the gasping, dying breath of the older generation in America.”#MemorialDay pic.twitter.com/37CW6xlntN

However, Christopher Tackett, who writes a blog on Texas politics, charged that the values of "white Christian nationalism" are manifesting in all kinds of ways and the source must be rooted out.

"Banning books, that's just one of the tendrils coming up from what is truly the root of the rot: white Christian nationalism," he said. "Until we stop chasing the individual weeds that pop up and address the root, we will continue to fall short."

Banning books, that’s just one of the tendrils coming up from what is truly the root of the rot: white Christian nationalism.

Until we stop chasing the individual weeds that pop up and address the root, we will continue to fall short. pic.twitter.com/XHe1iAWPtz

"If Christian Nationalism isn't essentially domestic terrorism then I don’t know what is. They simultaneously weaponize the Bible and the Constitution to justify their wanton disregard for the views and safety of others and their insatiable lust for weapons and violence," she wrote.

Jemar Tisby, a New York Times bestselling author with a divinity degree from Reformed Theological Seminary, writes on "race, religion, history, and justice." He said on Twitter that "White Christian Nationalism is the greatest threat to the witness of the church and to the future of democracy in the United States."

In a blog column he cited sociologists Philip Gorski and Samuel Perry, the authors of "The Flag and the Cross," for Tisby he wrote the foreword.

"White Christian nationalism can be messy to define, but it’s critical to recognize its three animating impulses: freedom, order and violence — the ideology’s holy trinity," Gorski and Perry write in a column for the Washington Post.

"The freedom belongs only to Americans these nationalists see as like them (White men)," they continued. "The order is to be imposed on all those they don’t (everyone else). And righteous violence is to be deployed as necessary to achieve this twisted vision."

Tesby said that from "the Buffalo massacre, to the 'great replacement' theory, to efforts to overturn Roe v. Wade, all of these seemingly unrelated crises have connections to white Christian Nationalism."

"We are in a do-or-die situation," she wrote on her Medium.com page. "Non-believers must speak up now to roll back the tide of dangerous white Christian nationalism.

Leah Gunning Francis, the vice president for academic affairs and dean of the faculty at Christian Theological Seminary in Indianapolis, posted a link to an article reporting guns became the leading cause of death for American children and teens in 2020.

"We are out of our minds for tolerating this insanity," she wrote. Child sacrifice on the altar of capitalism, Christian nationalism and white supremacy. Total insanity." 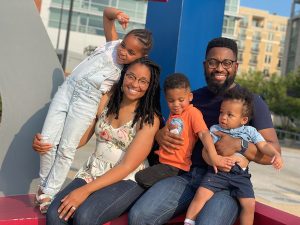 Jesus and Elton John
Delano Squires, who is black, said the left needs to look in the mirror before it analyzes culture, politics and religion.

He writes in a column for The Blaze that the "current cultural fixation with the concept of 'Christian nationalism' will not lead to needed discussions about the role religion should play in public life for one simple reason: There is no common consensus about what characterizes a Christian or political consistency with which 'nationalism' is defined."

Squires, a contributor to BlazeTV's "Fearless with Jason Whitlock," noted the AP story claimed scholars characterize Christian nationalism as "a fusion of American and Christian values, symbols and identity" as well as the belief that God "has destined America, like the biblical Israel, for a special role in history" and that the country "will receive divine blessing or judgment depending on its obedience." 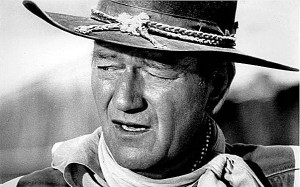 "Those features sound ideologically neutral, but most journalists and political liberals frame Christian nationalism as a white, conservative, patriarchal theonomic enterprise," he writes. "They have created a religious avatar that, to quote one prominent historian of religion and society, is embodied by the contorted theology of Jesus and John Wayne."

His reference is to the influential book by Calvin University professor Kristin Kobes Du Mez, "Jesus and John Wayne." Du Mez posits that evangelical support for Donald Trump was the inevitable result of decades of the formation and celebration of a toxic, masculine, pull-up-your-bootstraps image of Jesus embodied in the late actor John Wayne.

But Squires argues that these critics "fail to acknowledge any version of liberal Christian nationalism characterized by the appropriation of religion in service of Jesus and Elton John." 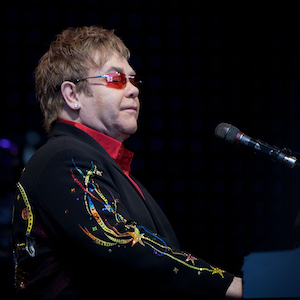 "Their definitions of Christian nationalism do not include Cory Booker quoting the biblical text 'I can do all things through Christ who strengthens me' at a political rally before telling the crowd they need to put their faith into action to 'bring this nation back to life,'" Squires writes. "It also would not include Maxine Waters telling a church in Los Angeles that she had a divine mandate to oppose President Trump or the long history of Catholic Democrats, from Nancy Pelosi to President Biden, who cite their faith as a driving force in their approach to public policy."

He concludes: "The two most important issues at the root of every debate about the application of morality to civil government and culture are the standards we use to judge good and evil and the entity that decides those standards. How we resolve both will determine the future of our nation."

'An alarming pattern'
Last month, Washington Post columnist Jennifer Rubin, who once was regarded as the paper’s conservative voice, wrote a column charging the GOP is not longer a party, it's a "movement to impose White Christian nationalism."

She said the media "blandly describes the GOP's obsessions as 'culture wars,' but that suggests there is another side seeking to impose its views on others."

"In reality, only one side is repudiating pluralistic democracy – White, Christian and mainly rural Americans who are becoming a minority group and want to maintain their political power," Rubin wrote.

"The result is an alarming pattern: Any moment of social progress is soon followed by reactionary panic and claims of victimhood. It's no mere coincidence that Donald Trump, the leader of the birther movement, succeeded the first African American president. Nor should the anti-critical-race-theory movement surprise anyone given the mass protests in the wake of George Floyd’s murder in 2020. Understanding his phenomenon is crucial to preserving pluralistic democracy."

On Sunday, in the aftermath of the Uvalde, Texas, school shooting, Rubin charged in a column that the GOP is the party of "White grievance" and "toxic masculinity."

Like the "Jesus and John Wayne" author, Rubin sees the Trump presidency as the inevitable result.

"There is a through line," Rubin wrote, "between celebration of a defeated president who demeans women, excuses neo-Nazi marchers and refuses to accept election results and the GOP's appeals to White grievance, contempt for political compromise and displays of toxic masculinity – which celebrate unbridled access to guns, excessive use of police force and authoritarian strongmen."

Content created by the WND News Center is available for re-publication without charge to any eligible news publisher that can provide a large audience. For licensing opportunities of our original content, please contact [email protected]rg.