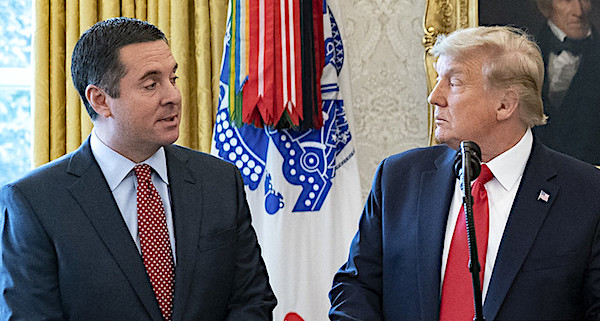 (BIZPACREVIEW) -- Many of the FBI documents that have in recent weeks been unveiled by special counsel John Durham were subpoenaed years ago by then-House Intelligence Committee chair Devin Nunes and his aide Kash Patel, only for their requests to be completely ignored.

“These notes were subpoenaed by chairman Nunes, and they were withheld from us during our investigation. But John Durham found them,” Patel revealed during an appearance Sunday on Fox News’ “Sunday Morning Futures.”

And with them in hand, Durham has been building a case against 2016 Clinton campaign attorney Michael Sussman — a case that could eventually wind up ensnaring Hillary Clinton herself, or so some have theorized based on Durham’s filings.