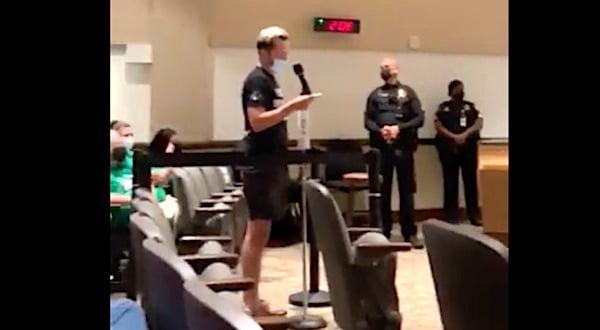 A parents group is demanding more from the National School Boards Association (NSBA) after the organization admitted in a review that it wrongfully requested federal authorities to investigate parents as domestic terrorists.

After the NSBA sent a letter to the federal government requesting that President Joe Biden’s administration use domestic terror laws to police parents in September 2021, the organization announced in a Friday press release that it regretted the letter and was “taking significant steps” to ensure a similar incident does not occur. Attorney General Merrick Garland’s Department of Justice (DOJ) allegedly targeted members of the Moms for Liberty, a parental rights nonprofit, following the NSBA’s request for DOJ involvement at school board meetings, The Daily Caller previously reported.

Today, the NSBA announces completion of the independent review we commissioned and the actions we are taking based on the findings. https://t.co/xH2PNh3HOC

“Who is running our government when a non profit like NSBA is directing the White House and DOJ to call in the FBI against parents?” Moms for Liberty co-founder Tiffany Justice told The Daily Caller News Foundation.

“The White House and the DOJ have weaponized the FBI to silence parents at the direction of the NSBA,” Justice continued. “This egregious action will not be soon forgotten. There must be accountability.”

The NBSA said it was reaffirming its commitment to nonpartisanship, advocating for local control and parent engagement, according to the release. The organization additionally adopted a resolution “opposing federal intrusion and the expansion of executive authority” without first authorizing legislation to prevent a similar incident, the release said.

“We regret that we did not review the letter more closely at the time,” NSBA Board President Frank S. Henderson, Jr said in the release. The letter did not accurately represent the position of the NSBA, Henderson, Jr added.

When asked if the organization would consider returning to the NSBA, the Georgia School Board Association (GSBA) told TheDCNF that “they appreciate the steps the NSBA is taking to make improvements. The GSBA will not be making any changes, and this announcement does not affect our status.”

The NSBA and DOJ did not immediately respond to TheDCNF’s request for comment.