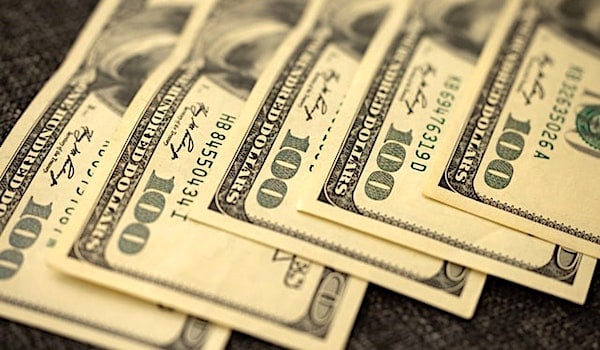 Descano, a Democrat, has refused to prosecute some criminal offenses in his Northern Virginia jurisdiction, most recently taking no action against pro-abortion activists who rallied in front of the homes of Justices Samuel Alito and Amy Coney Barrett to protest a pending Supreme Court ruling to end abortion on demand.

Also last year, Naomi Aberly of Boston, former chairwoman of Planned Parenthood’s national board, contributed a total of  $750 to Descano’s campaign in Fairfax County, which is just outside the nation’s capital.

Aberly, a member of the national finance committee for Barack Obama’s presidential reelection campaign in 2012, is also a former leader of the pro-abortion group Emily’s List.

David Menschel, of Portland, Oregon, who describes himself as a criminal justice reformer and social activist, gave $1,500 to Descano’s 2019 campaign. Menschel is president of a liberal grant-making organization called the Vital Projects Fund.

Since taking office, critics say, Descano has become known more for the cases he hasn’t prosecuted than those he has. They point to the protests outside the homes of Alito and Barrett as the most recent examples.

Federal law prohibits attempts to intimidate or influence a federal judge or justice on a decision, but Virginia law also prohibits “picketing or disrupting [the] tranquility of [a] home.” It is a misdemeanor offense in the state to break that law, which applies to all residences, not just those of government officials.

Any person who shall engage in picketing before or about the residence or dwelling place of any individual, or who shall assemble with another person or persons in a manner which disrupts or threatens to disrupt any individual’s right to tranquility in his home, shall be guilty of a Class 3 misdemeanor.

Each day on which a violation of this section occurs “shall constitute a separate offense,” according to the law. The offense carries a maximum penalty of $500 upon conviction.

“The purpose of so-called protesting in front of someone’s house is intimidation,” former Virginia Attorney General Ken Cuccinelli told The Daily Signal in an interview. “It doesn’t limit your free expression to have a protest in a public place as opposed to a private place.”

Cuccinelli, a Republican, said Descano’s inaction on protesters’ behavior outside the Alito and Barrett residences is based on politics.

“Let’s face it, if liberal justices’ houses were being protested by conservatives for whatever reason, he’d be happy to prosecute,” Cuccinelli said. “This is a classic problem of the Soros prosecutors. They are not there to enforce the law. They are there to remake the law.”

Descano did not respond to The Daily Signal’s phone calls to his office Wednesday. But he told CNN for a May 12 report: “I will not prosecute community members for peacefully exercising their First Amendment rights.”

In his written statement to the left-leaning cable outlet, Descano added:

My focus will remain on acting to safeguard the rights of women in Fairfax County should this dangerous draft Supreme Court decision take effect, which is why I have pledged to never prosecute a woman for making her own health care decisions.

After someone leaked Alito’s draft majority opinion in the case of Dobbs v. Jackson Women’s Health Organization, Descano similarly tweeted May 3: “I will never prosecute a woman for making her own health care decisions.”

Descano’s out-of-state, left-leaning donors couldn’t have known that he would be in a position to opt against prosecuting those who protested at the homes of Supreme Court justices over the potential end of Roe v. Wade, said Charles Stimson, deputy director of The Heritage Foundation’s Meese Center for Legal and Judicial Studies. (The Daily Signal is Heritage’s multimedia news organization.)

However, Stimson added, the donors—including former Planned Parenthood leader Aberly—knew the type of politician they were supporting.

“Once the green light comes out that Soros taps this guy who has had an otherwise undistinguished legal career to be one of his minions, then that’s a dog whistle to the radical left to give,” Stimson told The Daily Signal.

Among the best known cases Descano hasn’t prosecuted was that of a driver who, on Mother’s Day 2020, rammed a van carrying a mother, three children, and a Labrador retriever, pushing it off a major highway. Police found beer bottles in his vehicle.

Paramedics treated the family, who survived their injuries. Police recommended that the driver be charged with four counts of attempted unlawful wounding, felony fleeing the scene, and other charges.

“If he’s not going to arrest a man who attempted to murder a mom and her children on the Beltway in an act of road rage, he’s definitely not going to arrest men and women dressed like nuns who are threatening the right to tranquility in the home of justices under a state statute,” Stimson said of Descano.

“And why? Because he disagrees with the Alito draft. It’s a political decision.”