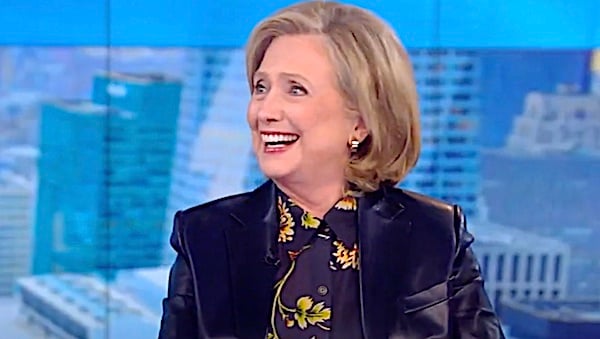 On the eve of the 2016 presidential election, former Hillary Clinton campaign lawyer Michael Sussmann sought to create an "October surprise" by feeding the FBI a bogus story claiming Donald Trump was secretly communicating with the Kremlin through a Russian bank, prosecutors charged in opening statements in Sussman's trial in federal court.

Sussman – who was indicted in special counsel John Durham's probe of the Obama investigation of now-debunked Trump-Russia collusion – is charged with falsely claiming he was operating merely as a private citizen rather than a campaign operative when he gave the information to the FBI.

It was Elias who organized the fraudulent Steele "dossier" that along with the Russian Alfa Bank lie helped ignite the Obama administration's Trump-Russia probe.

In court on Tuesday, prosecutors backed the "October surprise" claim by focusing on a Sept. 19, 2016, meeting between Sussmann and then-FBI general counsel James Baker.

"There was a crime in all of this: the defendant's lie to the FBI general counsel," said prosecutor Deborah Shaw. "Whether we hate Donald Trump or like him, we have to agree that some things have to be above politics. One of those things is our law enforcement agencies. The other is the truth."

Will Hillary Clinton ever face criminal charges for her role in the Trump-Russia collusion hoax?
36% (63 Votes)
64% (113 Votes)

"You think Mr. Sussmann would throw his career away, his life away, to tell a lie to that guy," they asked the jury, referring to Baker.

Sussmann's defense insisted he contacted Baker to help the FBI prepare for a New York Times story on the data.

"If Michael Sussmann didn't care about the FBI, we wouldn't be here," defense attorney Michael Bosworth told the jury.

He contended the charge against Sussmann is "nonsensical."

However, one of Durham's first witnesses, FBI special agent Scott Hellman, argued Tuesday that knowing where the data comes from "gives me context."

Hellman was assigned with investigating potential ties between Trump and Alfa Bank. He said it would have mattered if he had known of the political connections the source had to the data.

"We were told very little about the information if anything at all," he said.