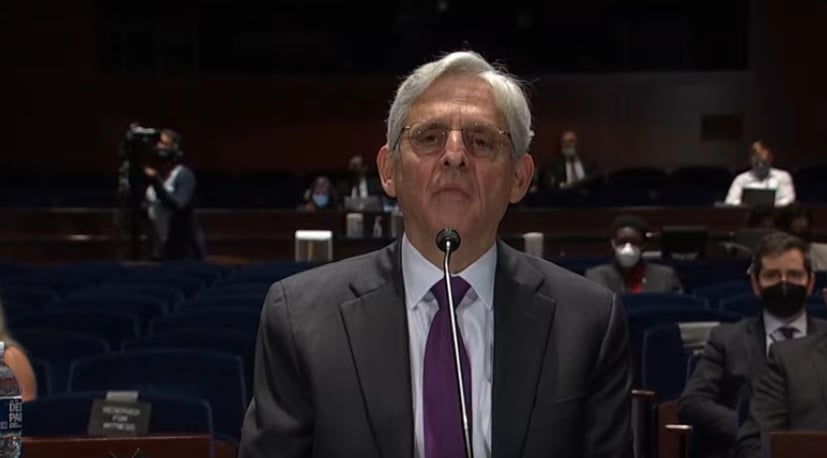 The newest development in the Biden administration scandal involving Attorney General Merrick Garland's attacks on parents of school children reveals that he did, in fact, dispatch the FBI to investigate them, sometimes for no more sufficient a reason than they were concerned over COVID-19 pandemic mask mandates.

A report in the Washington Examiner reveals that the FBI did, in fact, open multiple investigations into parents who had raised various concerns about masks, the leftist propaganda of "Critical Race Theory," the transgender ideologies being promoted, and other issues.

CRT teaches that America at its foundation was racist, and the only way to counter that is to adopt more racist policies today.

The report said the FBI's campaign against parents was "publicly revealed in a letter Wednesday from Republicans on the House Judiciary Committee to Attorney General Merrick Garland."

The details came from whistleblowers, the report said.

The background is that Biden's education secretary, Miguel Cardona, last year asked the National School Boards Association to send a letter to Garland insisting on investigations of parents Cardona disliked.

The NSBA did that, demanding investigations of parents under the Patriot Act intended to deter terror, and Garland ordered the FBI and the Department of Justice to set up a task force to "investigate threats" against schools or school board members.

Public shock at the action, however, prompted the association within days to apologize for sending the letter, and it was withdrawn as many state school boards associations dropped out of the national group, withholding their dues payments.

Despite the foundation for the scheme being withdrawn, Garland charged ahead, insisting that his commands still were relevant.

"The information we have received shows how, as a direct result of your directive, federal law enforcement is using counterterrorism resources to investigate protected First Amendment activity," they told Garland.

The Examiner explained, "The representatives said the information shared by 'brave whistle blowers' indicated that the FBI had opened investigations under a previously disclosed 'threat tag' that categorized reported threats in 'almost every region of the country and relating to all types of educational settings.'"

For example, the members of Congress said, the FBI investigated when a mother, who was part of Moms for Liberty and actually owned a gun, told her school board, "We're coming for you."

The Examiner said, "In another case, the FBI interviewed someone who had filed a tip alleging that a father who opposed mask mandates in schools 'fit the profile of an insurrectionist' and likewise owned guns. The individual who filed the tip admitted under questioning that they had 'no specific information or observations of ... any crime threats.'"

Further, a Republican who complained of a school district's "vaccine mandates" was investigated after a Democratic Party official complained that person had "incited violence" by expressing his opinion.

The members of Congress told Garland, "Although FBI agents ultimately—and rightly—determined that these cases did not implicate federal criminal statutes, the agents still exerted their limited time and resources investigating these complaints. This valuable law-enforcement time could have been expended on real and pressing threats."

He's accused of violating the First and Fifth Amendments to the U.S. Constitution. The action was brought by the American Freedom Law Center in U.S. District Court in Washington on behalf of a group of parents from Saline, Michigan, and Loudoun County, Virginia.

AFLC Senior Counsel Robert Muise said, "The government is without authority to criminalize First Amendment activity that might cause another to feel 'harassed' or 'intimidated,' even if that is what the speaker intended, absent a showing that the speech itself falls within one of the very narrow, recognized exceptions, such as making a 'true threat' or engaging in 'fighting words' or 'incitement'—which is not happening here."