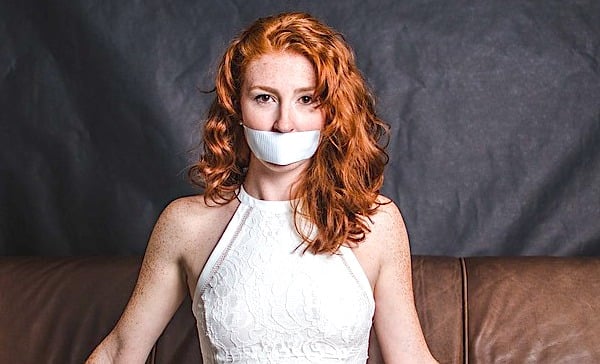 An American university has been sued for punishing a Christian student over her beliefs.

It is the Alliance Defending Freedom that has brought the case on behalf of graduate student Maggie DeJong against officials at Southern Illinois University Edwardsville for violating her civil and constitutional rights.

The facts are that the university, when other students complained about her Christian faith and her expression of those beliefs, ordered her not to have "any contact" or even "indirect communication" with those other students who were complaining about her.

"Rather than accept and embrace diverse ideological perspectives, SIUE officials are determined to force their graduate students to think and speak exactly the same – or stay silent – and they will punish anyone who steps out of line," said her lawyer, Gregg Walters.

"Maggie has always respectfully shared her religious or political views, which every student is entitled to do under the First Amendment. It is a sad day for civil dialogue and freedom of speech when universities can issue gag orders like those issued against Maggie for nothing more than expressing her beliefs – beliefs held by millions of Americans."

DeJong, in the school's Art Therapy program, had used social media to express her thoughts as many students do.

"But because DeJong’s views often differed from those of other students in the Art Therapy program, views informed by her Christian faith and political stance, several of her fellow students reported her speech to university officials," the legal team explained.

The school responded with a "no-contact order" against DeJong.

That came, the ADF said, "without giving DeJong the chance to defend herself, without telling her of the allegations against her, and without identifying any policy or rule that DeJong violated."

Further, those school officials threatened her with "disciplinary consequences."

Then on top of that, the head of the Art Therapy program informed dozens of students in an email that she was under investigation, and accusing her of "misconduct" and "oppressive acts."

That move, the case charges, further violated DeJong's rights, this time under school policies requiring officials to "take all reasonable steps to ensure confidentiality" during investigations.

WND reported in April when the school suddenly moved to close down their "investigation."

The other students had raised complaints to the school that they didn't like – and were not tolerant of – her religious beliefs.

The ADF at that time reported a school letter rescinding the "no contact" orders came within days of the organization's letter to the school informing officials there of the legal jeopardy the school faced.

In its letter, the legal team demanded that the university produce "all correspondence" and "all documents" related to students' complaints and any investigation into DeJong.