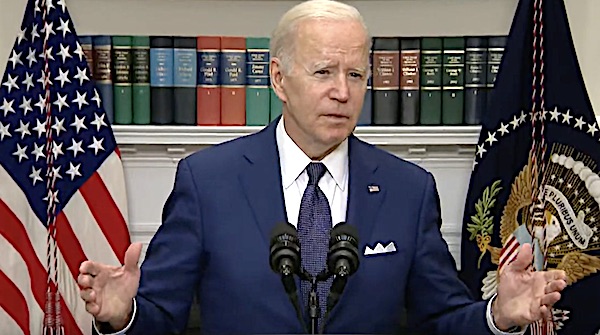 Joe Biden addresses the nation in the wake of the deadly school shooting in Uvalde, Texas, on Tuesday, May 24, 2022. (Video screenshot)

(WASHINGTON EXAMINER) -- President Joe Biden passionately called on Congress to pass gun control legislation and urged the country to "stand up to the gun lobby" Tuesday, just hours after a gunman killed 18 children and multiple adults at a Texas elementary school.

This latest tragedy occurred just over a week after a racially-motivated mass shooting in Buffalo, New York.

Biden, with first lady Jill Biden by his side, opened his remarks by saying that he had "hoped" he'd "never have to do this again."