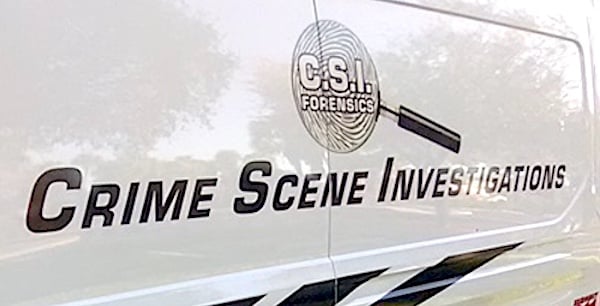 If things kept going their way – an aide whispered cautiously as returns rolled in – he would become the first Virginian to unseat a sitting attorney general since 1885. This aside startled Jason Miyares. It wasn’t that he didn’t understand the significance of the race or that he worried last minute optimism might jinx the results or that he doubted his message.

What made Miyares pause was the realization that if he’d been more familiar with history, he might not have made it. “I'm so glad I didn't know that,” he later admitted, “when I was thinking about whether to run.” Good thing too for the GOP: Miyares, along with Gov. Glenn Youngkin, bucked the odds to become the off-year face of a coming Republican wave by winning in a state that President Joe Biden and Democrats had just carried by double digits.

“You saw something seismic in Virginia,” Miyares told a private luncheon Wednesday in the basement of the U.S. Capitol. Looking back on his race, as House Republicans look forward to theirs in November, he said there were “two issues that really captured voters’ imaginations.” That is, education and crime.

And that surprised exactly no one. It is a given that Republicans will run on rising crime rates in the fall, and the Republican Study Committee (RSC) that hosted Miyares has been busy building a policy agenda to show voters just what they plan to do if they retake the majority. As a purely political question, they’ve already had some success. Conservatives have pursued the issue with such relentless focus that they have driven a wedge between the White House and some on the progressive left.

Eager to distance himself from his flank, Biden declared during his State of the Union address that “we should all agree that the answer is not to defund the police.” The president was so emphatic about this point at the time that, three times, he shouted “Fund them!”

This won’t change much for Republicans. They will still remind voters, particularly suburban women, that the calls for defunding the police came from inside the president’s party. But Miyares was there Wednesday to suggest an addition to that strategy.

“It’s one thing to talk about defunding the police,” the attorney general said, “But when you can actually point to real examples of some of these far-left ideologues that have a criminal-first, victim-last mindset, it is visceral.” This way, constituents “see it and feel it.” Miyares told Republicans that they “absolutely have an opportunity.” All they needed to do was follow his lead, “to highlight every single far-left special-interest prosecutor that has been elected in your state.”

Some of the members listening – Republicans representing the reddest of constituencies far away from the coasts – may have had their doubts. But the argument has universal appeal, he insisted. “I don’t care if they are in your district – they are all over.” The Miyares formula for a GOP majority was simple then. Step One: Find a progressive prosecutor. Step Two: “Make them famous.”

Miyares was previewing a strategy that some Republicans are already using. During the confirmation hearing of Supreme Court nominee Ketanji Brown Jackson, Arkansas Sen. Tom Cotton grilled the nominee not just on her judicial philosophy but also on “progressive Soros prosecutors.” It was a reference to billionaire philanthropist George Soros who has backed the election of dozens of liberal prosecutors around the country, who in turn, he argued, have permitted “skyrocketing crime.”

And Soros aligned groups have bankrolled the campaigns of numerous liberal district attorneys, including Fairfax County’s Steve Descano. According to public reports and federal filings, the Foundation to Promote Open Society gave some $3 million to the Community Resource Hub for Safety and Accountability. This group, through a myriad of smaller political action committees, has backed the likes of George Gascon in Los Angeles, Larry Krasner in Philadelphia, and Kim Foxx in Chicago, among others.

Liberals see these prosecutors, many of whom oppose cash bail and advocate for lessened sentences, as good government reformers. Conservatives see a menace to society, and Miyares, an opportunity.

“Make them the face of Democrats on police and crime,” the attorney general counseled, and prepare for victory. The political environment was perfect for these kinds of arguments, he added, “because you already have people having a natural distrust of what’s happening in Washington.” Make an argument about progressive prosecutors run amok in the criminal justice system, Miyares explained, and Republicans could highlight, not dusty white papers, “but very, very real human stories, incredibly gut-wrenching stories.”

Exhibit A for Miyares: the case of Gerald Brevard III.

Brevard is accused of shooting five homeless men in D.C. and Manhattan, two fatally, during a sadistic killing spree. He was apprehended earlier this year, but it wasn’t his first crime. He was arrested previously in 2020 and charged with two felonies: abduction and attempt to defile, for attacking a housekeeper at a hotel, and burglary, for breaking into apartment in the D.C. suburbs. But he pled guilty to lesser charges, two misdemeanors. Though sentenced to 11 months in prison, Brevard was released just months afterward. Murders followed.

The attorney general places the blame for those deaths onto the Fairfax County prosecutor, whom he claims was overly lenient. Miyares insists that if Steve Descano had been tougher, the murders could have been prevented. Descano, a Democrat, fired back on Twitter.

Controversy will inevitably follow from these kinds of arguments. But Miyares told House Republicans to embrace it. From his vantage point, he said, “there has never been a greater disconnect between the way the press has covered this [issue] and where the public actually is.” Expect bad headlines, he cautioned the assembled Republicans, because “print media ignores the problem; they pretend like it is not happening.” In his estimation, this means the GOP should pivot to video and the airwaves.

Miyares encouraged lawmakers to work with their “local TV outlets” because many on-air reporters begin and end their day checking “the police blotter.” Television helps tell a better, fuller story, he asserted, reiterating the importance of the “visceral” element.

Don’t be afraid to criticize Soros or fear charges of antisemitism by making his political donations an issue, he told one member. Better yet, avoid discussing the billionaire altogether. “Candidly,” Miyares said, “most people don't know who George Soros is and they don't care.” Those arguments don’t go past the Beltway. Rising crime, meanwhile, captivates communities. “They know what the far left is. They sure as heck know what special interest groups are. So I say far-left, special interest groups that have a criminal-first, victim-last mentality. That gets my message across.”

As Virginia’s top cop, Miyares focused on the comparatively local. He did caution Republicans to reject overtures from the left for more criminal justice reform at the federal level. “Everything they are advocating for today,” he said, “they tried in the 1970s: cashless bail, early release of violent offenders, reduction of sentences. It got tried in 70s and led to a crime explosion in the 80s.” Then, like he predicts now, Republican majorities followed. “It is why the Democrats lost the suburbs,” he said. “They lost the suburbs because people wouldn't trust them on the most basic core function of government which is ‘just keep my community safe.’”

The Republican Study Committee will lean into that argument, and their chairman Rep. Jim Banks plans to roll out a new agenda soon on crime. A portion of that memo, aimed at reigning in states and prosecutors, states as a goal curbing federal funds "to states that have ‘no-cash bail’ laws on the books, that prohibit judges from taking the dangerousness of the criminal into account in setting bail, or where district attorneys mandate harmful no-cash bail policies for their offices.”

It is an attempt to flesh out the argument that Miyares was making. “You simply can't trust the far left with public safety. You can't have criminal justice reform and take justice out of it,” he said, as lawmakers nodded along approvingly. The left, he warned, “have no sense of justice.” Follow his lead, the attorney general concluded, and historic upsets like his in Virginia will occur across the country.

WND News Services
These reports are produced by another news agency, and the editors of WND believe you'll find it of interest.
Governor shuts down false claims about abortion now being banned nationwide
Nancy Pelosi's husband charged with DUI causing injury, faces up to year in jail
Biden legacy in bull's-eye 'on hour one, day one'
Biden busy with 'non-solutions' as Americans face exploding energy costs
DHS warns of far-left, pro-abortion domestic terrorism
See more...