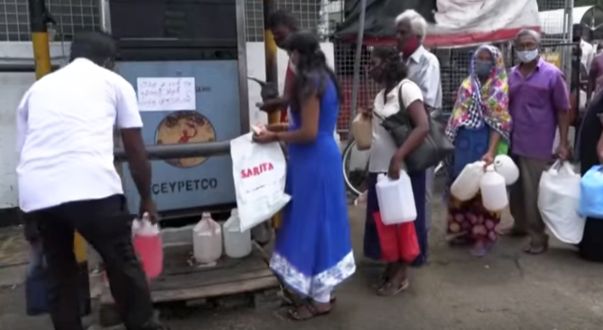 People stand in line for necessities in Sri Lanka, May 2022 (video screenshot)

(DW) – Dozens of poor families from Sri Lanka have fled to southern India over the past few weeks amid an acute economic and political crisis gripping the Indian Ocean island nation.

The resignation of Prime Minister Mahinda Rajapaksa and his Cabinet — and the appointment of a new prime minister — has done little to soothe public anger. Armed soldiers are currently patrolling the streets to maintain order.