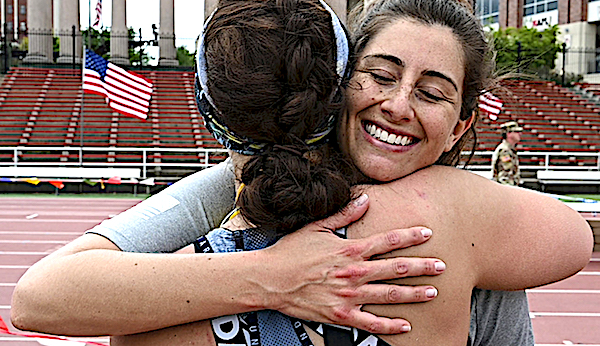 HEA 1041, set to go into effect July 1, requires public schools designate sports categories by sex and the genetics of the athletes. Holcomb originally vetoed HEA 1041 in March 2022, arguing at the time that the bill did not offer “one consistent state policy regarding the fairness in K-12 sports in Indiana.”

“I think it’s trying to keep the focus on female sports and fair competition with sports,” Republican state Rep. Michelle Davis and author of the bill said in January. “That’s what I feel the target of the bill is.”

The law will additionally require private schools that participate in competitions with public schools to follow the legislation. Schools will not be subject to liability in cases of civil, administrative, disciplinary or criminal action for complying with the legislation.

“Finally, the presumption of the policy laid out in HEA 1041 is that there is an existing problem in K-12 sports in Indiana that requires further state government intervention,” Holcomb said in the March veto letter. “It implies that the goals of consistency and fairness in competitive female sports are not being met. I find no evidence to support either claim even if I support the overall goal.”

Gov. Holcomb’s office did not immediately respond to The Daily Caller News Foundation’s request for comment.