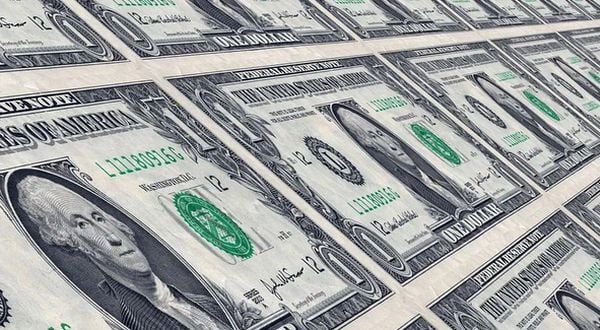 It was an enduring mystery. At least, in America.

While Hansjörg Wyss draws comparisons in the press to liberal megadonors like George Soros and Tom Steyer, relatively little is known about the Swiss billionaire, other than that he regularly ranks as one of the richest men in the world and also as one of its most philanthropic.

Wyss made headlines recently by leading a consortium of investors attempting to buy the Chelsea Football Club from sanctioned Russian oligarch Roman Abramovich. He also tried unsuccessfully before that to purchase a national newspaper chain owned by Tribune Publishing. One area where the wealthy Swiss businessman has met with unquestionable success after retiring from the pharmaceutical industry: U.S. politics. He has deep pockets and deep ties in Washington as a result – connections that he tells reporters overseas extend all the way to the White House.

And yet, despite the hundreds of millions Wyss has spent bankrolling progressive advocacy groups and despite the undeniable heft Wyss throws around in the Democratic Party and its causes, one question has remained unanswered in the American press. Despite being a power player in U.S. politics for decades, it was unclear whether or not Wyss is a permanent resident in the United States or an American citizen.

The New York Times reported that they did not know the answer. Neither did beltway periodicals like Politico or the Hill.  According to a biography of Wyss, written by his sister Hedi Wyss and reported first by RealClearPolitics, the answer is no.

“In the newspapers he is called one of their important citizens, although he never applied for citizenship, and in the United States there is no such status as honorary citizen,” she wrote. “What was important for him was to find out that he could exert influence through his foundations.”

The book, titled “Hansjörg Wyss: My Brother,” was published in 2014. That same year, the then-Swiss Ambassador Martin Dahinden called the manuscript “a rare opportunity” for “a closer look” at an extraordinary life. The ambassador told a crowd at his diplomatic residence in D.C. that the Wyss story bore “a striking resemblance with what we all know as ‘The American Dream.’” Both siblings were sitting in the audience that night according to the Swiss embassy: Wyss, the author, and Wyss, the billionaire.

As the New York Times noted in a story about Wyss a year ago, foreign nationals without permanent residency are forbidden from donating directly to federal political candidates or political action committees. They have not, however, been barred from giving to groups that seek to influence public policy. A watchdog group, meanwhile, has filed suit over that distinction.

“Americans for Public Trust is suing the FEC for failing to investigate foreign money in our elections,” Caitlin Sutherland, executive director of Americans for Public Trust, told the Hill in April. “Mr. Wyss, who is barred from directly or indirectly influencing our elections, has done just that by potentially funneling hundreds of millions of dollars through the Arabella Advisors network to benefit liberal and left-wing causes. Until the FEC takes action, we won’t know the full extent of his foreign interference in our electoral process.”

A spokesperson for the Wyss Foundation and Berger Action Fund, two Washington-based groups founded by Wyss, declined to speak to the question of his citizenship or the nature of his political spending other than to say that both organizations “expressly prohibit their grant recipients from using grant funds to support or oppose political candidates or parties.”

The spokesperson added that the Wyss Foundation “invests in conservation, economic opportunity, medical advancements, and the arts” while the Berger Action Fund “centers its work around advocating for policy solutions to solve some of our world’s biggest problems: the biodiversity and climate crises, income inequality, and health disparities.”

According to the New York Times, Wyss has channeled his donations through “a daisy chain of opaque organizations that mask the ultimate recipients of his money.” The two aforementioned groups, the Times reported, have provided $162 million in recent years to the New Venture Fund and the Sixteen Thirty Fund.

And according to the Center for Responsive Politics, the Sixteen Thirty Fund has emerged as a dark money behemoth that almost exclusively funds Democratic and progressive groups. As widely reported, the organization contributed more than $60 million to super PACs in 2020 that ran ads attacking vulnerable Republicans and that underwrote a get-out-the-vote campaign to unseat then-President Donald Trump.

Money flowed from the Sixteen Thirty Fund, according to Federal Election Commission filings first reported by the Times, to a number of pro-Biden groups, among them the Lincoln Project, a favorite of White House Chief of Staff Ron Klain, who regularly shares their material on social media.

The deluge of dark money spent on Democratic candidates represents a change. It was liberals who first dubbed the practice of funneling millions of dollars from unknown sources into various political influence operations as “dark money.” And as RCP previously noted, Democrats are catching up to Republicans in tapping this well: Anonymous donors provided $145 million to pro-Biden groups during the 2020 election, helping pave his way to the White House and dwarfing the $28.4 million spent on behalf of Trump.

While Wyss keeps a low profile, he follows American politics closely. It was not unusual, his sister wrote in his biography, for the Wyss foundation to allocate several million dollars “at a single meeting” and in this way, “behind the scenes a Swiss plays an important part in American politics.” When speaking to reporters overseas, the billionaire is less coy about his citizenship.

Wyss told Swiss reporter Giorgio V. Müller in a 2011 interview that “as a non-American" he was only barred from donating money in federal elections. “Otherwise,” he said at the time, “as a foreigner, everything was possible for me.” A decade later, during an interview with Blick magazine in 2021, he seemed to dismiss reporting by the New York Times as “bull----.”

Asked about reporting that alleges he helped the Democrats win Congress and the White House, Wyss replied by seemingly referring to the Times’ money and politics reporter Kenneth Vogel as “a well-known conservative editor who keeps writing fact-less articles like this.” He added, “I have not donated a dime to any candidate in the 2020 US election. First of all, I can't, secondly, I don't want to.”

Wyss had, however, previously contributed tens of thousands of dollars directly to congressional candidates, according to a review of FEC filings. Recipients included Sen. Dick Durbin of Illinois as well former Rep. Jay Inslee of Washington. Most of the contributions occurred in the 1990s. The last one was made in 2003. That same year, Wyss helped found the liberal Center for American Progress (CAP).

Hedi Weiss wrote that her brother was “one of the founding members” and “one of the sponsors” of CAP, an organization she described as “largely endorsing the politics of the Democratic Party and that tries to propose and implement progressive ideas in American politics.” A spokesperson for the think tank confirmed to RCP that Wyss, who is listed on the organization’s website, was indeed a founding member of CAP.

Hedi Wyss recalls in the biography a 2011 meeting with her brother that included representatives from CAP to the ACLU, “and the discussion is centered on the various possibilities for exerting an influence on American jurisdiction, which has been dominated by conservative forces in the past years with alarming consequences for American domestic politics.”

“All agree that it is important that the public be aware of the crucial role played by the Supreme Court and know more about the political affiliations of its members,” she wrote before adding in the same paragraph that “the assembly agrees on the needs to (re)interpret the American constitution in the light of progressive politics.”

His interest in the American political experiment has not waned with time, and he remains well informed through a web of Washington contacts. For instance, Wyss said during a March 2022 interview that the Russian invasion of Ukraine did not catch him by surprise. “My indirect contacts in Washington and in the White House,” he told Blick magazine, “said weeks ago that Putin really wants war.”

The White House did not return RCP’s request for comment when asked about any contacts between the businessman and the Biden administration.

It is no secret that the president’s environmental agenda aligns with Wyss’ policies. The same day Biden ordered a pause on new oil and gas leases on public lands, he also committed to protecting 30% of U.S. land and coastal seas by 2030. As National Geographic reported at the time, that movement to achieve the so-called 30 by 30 goal “was energized by Swiss philanthropist Hansjörg Wyss, who donated a billion dollars to launch the Wyss Campaign for Nature.”

The Biden administration also drew heavily from the ranks of the Center for American Progress. According to one count by Business Insider, there are more than 66 CAP alumni currently working in the White House, federal agencies, and throughout the federal government. This includes the president’s chief of staff, Ron Klain, who previously sat on the board of the think tank’s political arm, and one of his senior advisors, Neera Tanden, who was previously CEO of the Center for American Progress.

The significance of all of this, particularly the political giving, was not lost on Hedi Wyss.

“Whenever I attend board meetings of my brother’s foundations, I’m once again made aware of the fact that he is an important man,” she wrote in his biography.