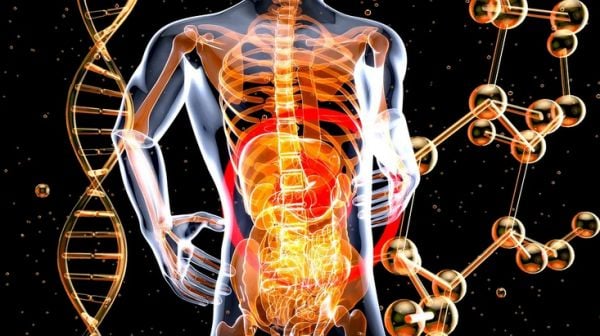 China may be killing as many as 50,000 concentration camp victims each year to surgically remove – and sell – their organs, according to one of the world's leading experts on China's forced organ harvesting industry.

A report in Breitbart documents the testimony from Ethan Gutmann, who said each concentration camp victim could yield as many as two or three organs from the Chinese Communist Party regime to sell.

Gutmann testified, "There are two kinds of people who leave the camps early: The first are young people, about 18 years old. The announcement that they are 'graduating' is often made during lunch. Sometimes light applause is encouraged. 'Graduation' is a euphemism for forced labor, often at a factory out east," he said.

The second group is those in the age of 28 or 29 because that's the "exact stage of physical development that the Chinese medical establishment prefers for organ harvesting."

Those, he said, vanish in the middle of the night.

"If we assume that at any given time since 2017, there are approximately a million Uyghurs, Kazakhs, Kyrgyz and Hui in the camps, my estimate is that 25,000 to 50,000 camp detainees are being harvested every year," he said.

Gutman is a senior research fellow in China studies at the Victims of Communism Memorial Foundation. He's also co-author of "Bloody Harvest" and "The Slaughter."

The hearing was assembled by Rep. Chris Smith, R-N.J., who heads the Tom Lantos Human Rights Commission, and focused on the evidence of China's "forced organ harvesting."

Also testifying on Enver Tohti, a surgeon from East Turkistan who said he had been forced to "harvest organs from a political prisoner in 1995."

A study published by the Australian National University also focused on the massacres, accusing China of "execution by heart removal."

The Breitbart report said, "China has built a network of upwards of 1,000 concentration camps in occupied East Turkistan, its westernmost region and home to the majority of members of the Uyghur ethnic group, in the past half-decade, using them to torture, indoctrinate, enslave, rape, and kill Uyghurs and other members of religious and ethnic minorities. Chinese officials do not deny the existence of the camps, but claim they are 'vocational training centers' where indigenous people Beijing perceives as backwards learn trade skills to compete in the modern Chinese economy."

He explained, "We need to abolish all Western contact with the Mainland Chinese transplant industry. No Chinese transplant surgeons in our medical journals, our universities, and our conferences. And a freeze on all sales of surgical equipment, pharmaceutical development, and testing in China."

The Daily Caller News Foundation said the panel follows the release of an American Journal of Transplantation paper that focused on "the intimate involvement of transplant surgeons in China in the execution of prisoners via the procurement of organs."

The Chinese Embassy did not immediately respond to a request for comment from The Daily Caller News Foundation, it reported.

WND has been reporting on the Chinese effort to harvest organs from prisoners long before 2013 when the Israeli Knesset held a conference to expose China's practice of executing dissidents by harvesting their organs.

The Chinese regime denied then it was engaged in organ harvesting aimed at dissidents, but experts and survivors said evidence of the practice was overwhelming.

"The Chinese regime has been found guilty of continuing to kill tens of thousands of prisoners of faith and conscience annually and then sell their organs for profit. That was the final judgment on March 1 from an independent people's tribunal based in London, as outlined in a 160-page report, which includes an additional 300 pages of witness testimonies and submissions."

Norris continued, "If the accusations are true, then thousands of innocent people have been killed … having their bodies – the physical integrity of their beings – cut open while still alive for their kidneys, livers, hearts, lungs, cornea and skin to be removed and turned into commodities for sale. Those innocents were killed by doctors simply because they believed, for example, in truthfulness, compassion, and forbearance and lived lives of healthy exercise and meditation and because the way they lived was seen as dangerous to the interests and objectives of the totalitarian state of the People's Republic of China."

Bob Unruh
Bob Unruh joined WND in 2006 after nearly three decades with the Associated Press, as well as several Upper Midwest newspapers, where he covered everything from legislative battles and sports to tornadoes and homicidal survivalists. He is also a photographer whose scenic work has been used commercially.
Trump offers to 'head up' team to negotiate Russia-Ukraine war resolution
U.S. urges dual citizens to flee Russia to avoid being forced into Ukraine war
Biden gets sued for trying to have taxpayers pay down student loans
Schools get millions of tax dollars despite killing free speech, GOP demands answers
Hillary gloms on to new leftist meme: Raising hands means you're a 'Nazi'
See more...