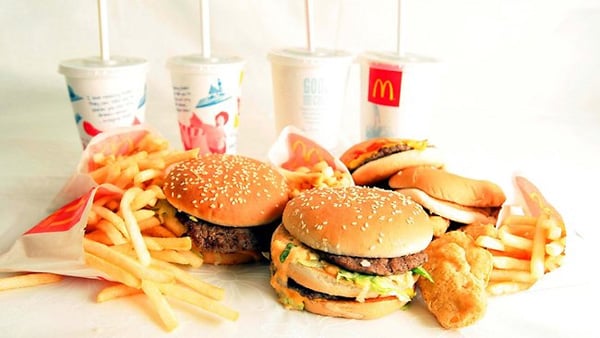 Some of McDonald's menu offerings

(UPI) – Texas mother learned a lesson about leaving her phone unlocked when her 2-year-old son used DoorDash to order 31 cheeseburgers from McDonald's.

Kelsey Golden of Ricardo said she was working on her computer when her 2-year-old son, Barrett, got a hold of her unlocked phone and managed to use the DoorDash app to order McDonald's delivery.

Golden said she was unaware of her son's actions until a delivery driver arrived at her door with 31 cheeseburgers.

WND News Services
These reports are produced by another news agency, and the editors of WND believe you'll find it of interest.
Boston Children's Hospital promotes 'gender-affirming' hysterectomies' in video
School expels 14-year-old after mom complains of district's gender ideology
'I could feel the squeezing': Man swallowed by whale reveals what it's like inside the beast
Man charged with sending feces-filled letters to Republican lawmakers
New Frank Oz exhibit reveals 'Muppet' co-creator's family history of fleeing Nazis
See more...