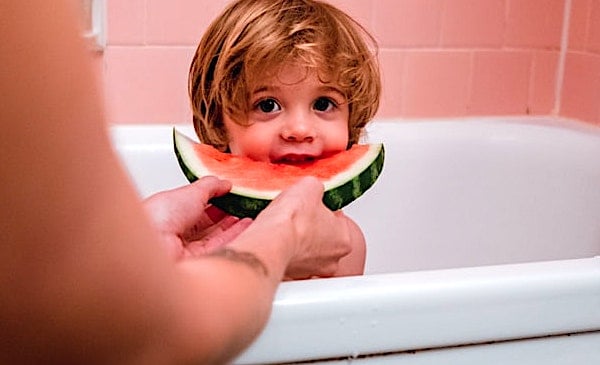 (Photo by Kyle Nieber on Unsplash)

James Dobson, the founder of FamilyTalk Radio and the James Dobson Family Institute, has used his latest newsletter to constituents to warn about the dangers of Joe Biden's transgender plans for America.

He cited a number of headlines reflecting Biden's campaigning for the scientifically failed concept that males can become female or females can become male, including "Indiana activists to host sex-ed 'kink' camp for children grades 3-5…"

Too much, Dobson said.

"If this does not raise your dander and drive you to your knees in fervent prayer for the morality of our country and the welfare of our youth, I don't know what will. I have long stated that sins committed against children are the most grievous. That is why I believe our Lord made the following statement: 'It would be better for him if a millstone were hung around his neck and he were cast into the sea than that he should cause one of these little ones to sin.' (Luke 17:2)," Dobson wrote.

"And yet, the worst offender seeking to pervert and harm our kids is not a corporation or a school board. It's our current president and his administration. As I shared in a recent statement, President Biden and his administrative agencies are determined to push America totally off its moral ledge as they take full aim at dismantling the mental, physical, and spiritual welfare of our children."

Dobson, who has advised five presidents on family matters and was inducted in 2008 into the National Radio Hall of Fame, also has authored more than 70 books including, "The New Dare to Discipline," "The New Strong-Willed Child," "When God Doesn’t Make Sense" and "Bringing Up Boys."

His commentary was titled, "The Truth About Transgenderism."

This topic, he said, "is as utterly preposterous as it is egregious—it is this idea of transgenderism. As Christians, we can and should show compassion for anyone wrestling with the condition of gender dysphoria. However, if we truly care for someone, we will speak truth into their lives. This is what makes this issue so morally confounding—the absolute abandonment of truth for the sake of wokeness."

He cited one of "the most outrageous examples of this absurdity" as Lia Thomas.

He's a biological male who was allowed by the NCAA to compete against women in swimming competitions.

Dobson said of the NCAA, "Unbelievably, they also allowed Lia Thomas, who has not undergone any 'transition surgeries,' to share the same locker room as the female swimmers. This is pure madness, and as one father of a woman competitor stated, 'It is disgusting.'"

He said the idea that a man can "believe his way into becoming a woman" is "medically unfounded."

"A person's psychological mindset cannot change his or her biological make-up. As Dr. Paul McHugh, professor of psychiatry at the Johns Hopkins University of Medicine has stated, 'Transgendered men do not become women, nor do transgendered women become men. All (including Bruce Jenner) become feminized men or masculinized women, counterfeits or impersonators of the sex with which they 'identify.' In that lies their problematic future.'"

He said it is true that medicine can "alter the physical appearance" of someone, but "it can never reassign one's sex…"

The results of such agendas, he charged, are "devastating and nothing less than child abuse."

The state of Texas already has determined that, and had proposed that parents putting their children through transgender treatments be investigated for abuse.

The worst of all, Dobson pointed out, was that "President Biden had the audacity to invoke God's name on behalf of this wickedness. In a video statement, he addressed transgender Americans and stated, 'Our entire administration sees you for who you are, made in the image of God, and deserving of dignity, respect, and support.'

"Of course, President Biden is correct when he quotes Genesis 1:27 and says those who experience gender dysphoria—along with all human beings—are made in the image of God. Yet, in saying this, it is ironic, in the most sickening sense, that Biden is encouraging these same young people to rebel against God's image imprinted upon their very beings. In his failed attempt to appear holy and pious, President Biden conveniently omits the second half of the verse he quotes which says, 'male and female He created them.' No one should distort the Lord's very words in this way. President Biden would do well to remember that God will not be mocked."

Bob Unruh
Bob Unruh joined WND in 2006 after nearly three decades with the Associated Press, as well as several Upper Midwest newspapers, where he covered everything from legislative battles and sports to tornadoes and homicidal survivalists. He is also a photographer whose scenic work has been used commercially.
DOJ announces plans to spend nearly $60 million on 'equity' ideology
Dozens of ex-FBI agents confirm whistleblower's charges of agency's extreme 'politicization'
Dem lawmakers vote to protect Dem governor from investigation
Garland urged to resign for 'weaponizing' government against parents
Did Joe Biden blow up Nord Stream pipeline?
See more...

Biden spending tens of millions to provide internet to 92 homes