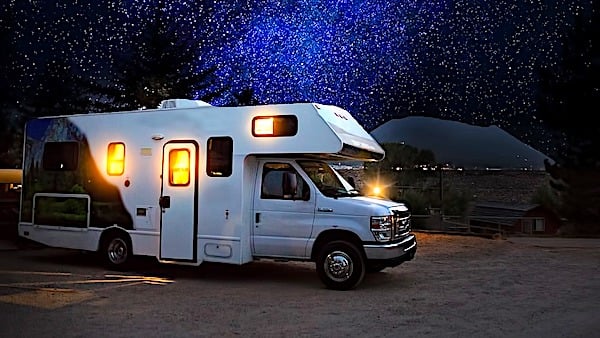 The state of Colorado already has a well-established reputation for attacking Christians.

A few years back, one of its civil rights commissioners, in a public meeting, likened them to Nazis.

Then the state was publicly rebuked by the U.S. Supreme Court for its "hostility" to Christianity in the case involving Christian baker Jack Phillips and his Masterpiece Cakeshop.

In that case, which Phillips won, the state had tried to send him to a reindoctrination plan over his biblical beliefs.

No lesson learned, however, as the state essentially attacked the owner of 303 Creative over the same issues – a Christian's decision not to promote the same-sex agenda.

That case now is before the U.S. Supreme Court.

And now, one of the state's cities, Pueblo, is facing a court case over its decision to discriminate against roving Christian evangelists – those who travel from city to city, often in RVs, delivering revival messages to local churches.

The problem is that Rev. Paul Elder "has been hosting RV evangelists at the Christian Growth Center" there for nearly three decades.

More than a decade back, the city approved his plan to allow the travelers to hook up to electricity and water supplies at the church.

But then, in an apparent attempt to crack down on homeless camps, the city pulled that permission, stating in law that people in RV's were only allowed to stay in designated RV parks.

But according to a report in Courthouse News, Elder had been a traveling evangelist for 15 years, and pursued a variance to allow traveling ministers to continue to seek help at the church.

The city's response was a criminal complaint against him.

But, the report explained, those proceedings now are halted because of his civil lawsuit against the city, now pending in federal court.

"Elder’s attorney sees the ban as a direct violation of the Religious Land Use and Institutionalized Persons Act of 2000, which protects churches from zoning discrimination," the report said. "It’s a really important aspect of the way they worship because they’re welcoming these evangelists to preach revivals," said Andrew Nussbaum of Nussbaum Speir Gleason.

"It really is a continuation of the churches, historically in the American tradition, that would welcome traveling evangelists on horseback for tent revivals and things like that. It’s just now that you have a bit more technology," he said.

"This is a way to serve God in your retirement years, to use the skills you’ve acquired over a lifetime to give back," said Wayne Fieler of the couples RV ministry Servants on Wheels Ever Ready (SOWER). Fieler and his wife travel the country in a class A 40-foot RV, doing maintenance work, plumbing, cooking, electrical, carpentry and other odd jobs for religious camps and organizations.

Elder explained that it is a ministry to allow RV ministers to park at the church.