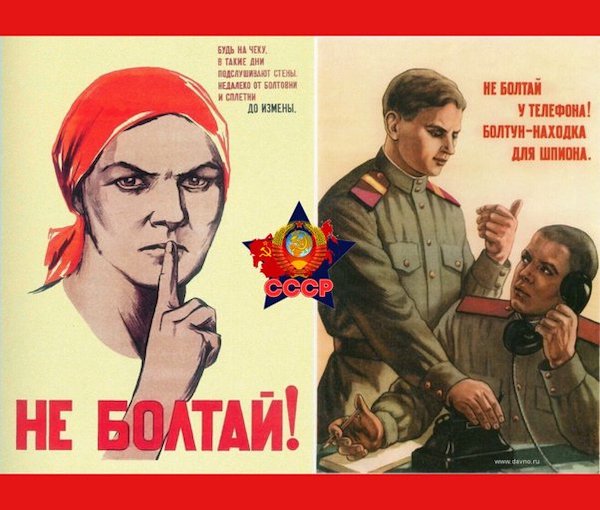 The Biden administration has put a "pause" on its Disinformation Governance Board not because it resembled the totalitarian Ministry of Truth in Orwell's "1984," but because of a right-wing "disinformation" smear campaign, according to the Washington Post.

Department of Homeland Security employees disclosed that the department had decided on Monday to put the board on hold amid a public backlash. On Tuesday, the board's executive director, Nina Jankowicz, drafted a resignation letter.

The Post lamented that Jankowicz's "experience is a prime example of how the right-wing Internet apparatus operates, where far-right influencers attempt to identify a target, present a narrative and then repeat mischaracterizations across social media and websites with the aim of discrediting and attacking anyone who seeks to challenge them."

The paper said it also "shows what happens when institutions, when confronted with these attacks, don’t respond effectively."

"Experts say," the Post then informed its readers, "that right-wing disinformation and smear campaigns regularly follow the same playbook and that it’s crucial that the public and leaders of institutions, especially in the government, the media and educational bodies, understand more fully how these cycles operate."

Misinformed disinformation?
The widespread criticism of the board, however, centered on the fundamental problem of creating a government entity with the task of censoring speech and equipping it with the power to define what kind of speech constitutes a "threat" to the homeland.

The ultimate irony is that legitimate criticism of the board – simply citing, for example, the many time Jankowicz attacked claims or narratives as disinformation that turned out to be true – is being characterized as disinformation.

Jankowicz, for example, dismissed as "Russian disinformation" the Hunter Biden laptop containing evidence that the president runs a multimillion-dollar global influence peddling operation. The establishment "paper of record," the New York Times, has belatedly acknowledged the laptop and the texts and other messages on its hard drive are authentic.

As a "disinformation fellow" at the Woodrow Wilson International Center for Scholars, Jankowicz must have been aware of the "Russian disinformation" that was perfected by the Soviet Union to maintain the totalitarian state. Among the government agencies that promoted false narratives and suppressed the truth were the Department for Agitation and Propaganda and the General Directorate for the Protection of State Secrets in the Press.

Critics of the Biden administration's Disinformation Governance Board also pointed out that Jankowicz promoted the debunked claim concocted by the Hillary Clinton campaign and the Obama administration that Donald Trump colluded with Russia to win the 2016 presidential election.

Significantly, she advocated government-prescribed speech standards for online content during virtual testimony before the British Parliament. And she thought it was a good idea to have Twitter posts that conflict with the current establishment narrative "edited" by enlightened experts, which included herself.

NEW - Biden's new "disinformation" czar wants "trustworthy verified people" like her to be able to "add context" to other people's tweets.pic.twitter.com/V4mLNsB5HV

Last month, DHS Secretary Alejandro Mayorkas testified to a House panel regarding the board, telling lawmakers it would be tasked with countering "the threat" of disinformation regarding homeland security, particularly related to Russia and illegal immigration.

'Loathsome bad faith right wing messaging operation'
Buzzfeed reporter Joe Bernstein tried to take a middle-of-the-road approach to the disinformation board and the reaction to it.

"Two things can be true: Something can be subject to a loathsome bad faith right wing messaging operation and still be a horribly misconceived and underthought fiasco," he wrote on Twitter.

Meanwhile, in an MSNBC panel discussion, former Fox News reporter Carl Cameron suggest it may be time to start putting people in jail for spreading misinformation.