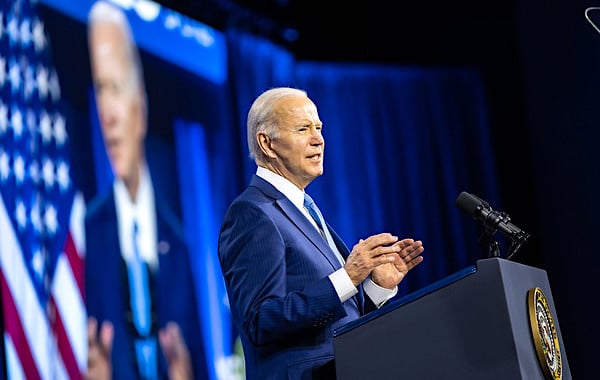 Will Joe Biden's "Disinformation Governance Board" be monitoring American citizens in some sort of Orwellian-style "Ministry of Truth" as forecast in the novel "1984"?

The U.S. secretary of Homeland Security claims the answer is no.

"Those criticisms are precisely the opposite of what this small working group within the Department of Homeland Security will do," DHS chief Alejandro Mayorkas told CNN's Dana Bash on Sunday.

"I think we probably could have done a better job of communicating what it does and does not do."

Seeking clarification, Bash asked Mayorkas if U.S. citizens will be targets of DHS surveillance by the board.

"It's still not clear to me how this governance board will act and what will it do," Bash said.

Mayorkas responded: "So what it does is it works to ensure that the way in which we address threats, the connectivity between threats and acts of violence​,​ are addressed without infringing on free speech, protecting civil rights and civil liberties, the right of privacy​.​"

Mayorkas explained: "No, the board does not have any operational authority or capability​. 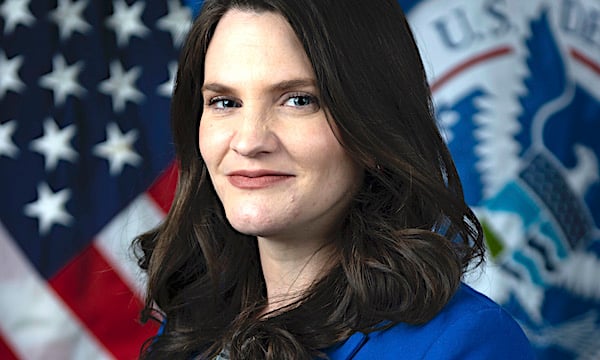 Actor and conservative political activist James Woods was among those tweeting the video, noting: "This one absolutely has to go into the 2022 Time Capsule. #MinistryOfTruth."

This one absolutely has to go into the 2022 Time Capsule. #MinistryOfTruth pic.twitter.com/gww1JncUZW

As WND reported Friday, a video of Jankowicz singing a foul-mouthed version of "My Simple Christmas Wish (Rich, Famous, and Powerful)," by David Friedman has also raised eyebrows.

Editor's Note: Please be aware of highly offensive language throughout:

She boasts about wanting to, "Step on all my enemies and never do a thing," and being discovered while sitting on "my a**."

Further, she demands explicitly "who do I f***" to reach that goal of "famous and powerful."

On Sunday, Woods also tweeted with an image of the First Amendment: "Why do we have a 'Disinformation Governance Board' under this administration? The Founding Fathers clearly believed free speech was among our most cherished rights."

Why do we have a “Disinformation Governance Board” under this administration? The Founding Fathers clearly believed free speech was among our most cherished rights. pic.twitter.com/TE4M0P4Q7V

"Biden is just a front man," she tweeted along with video of the former president. "Obama, April 21: social media censors 'don't go far enough,' so the government needs to step in to do the job. Six days later, Homeland Security rolls out the 'Ministry of Truth' (aka Disinformation Governance Board)."

Biden is just a front man. Obama, April 21: social media censors “don’t go far enough,” so the government needs to step in to do the job. Six days later, Homeland Security rolls out the 'Ministry of Truth' (aka Disinformation Governance Board). pic.twitter.com/CHOD4mbE0B

"Now the good news is that almost all the big tech platforms now acknowledge some responsibility for content on their platforms, and they're investing in large team of people to monitor it," Obama said in his speech. "Given the sheer volume of content, this strategy can feel like a game of Whac-A-Mole."

"But while content moderation can limit the distribution of clearly dangerous content, it doesn't go far enough," Obama added.