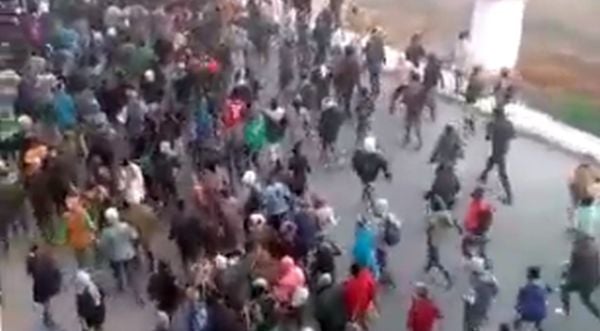 (ZEROHEDGE) – Eighteen African migrants are dead and 76 injured after a mass storming of the Spanish exclave of Melilla in North Africa.

A Spanish government spokesperson said about 2,000 migrants attempted to cross, and 133 managed to breach the border of the Spanish territory, according to Associated Press. Those who made it through proceeded to a local migrant center where Spanish authorities are evaluating their cases.

Surrounded by Morocco, Melilla is a five-square-mile territory on the eastern side of a rocky peninsula on the Mediterranean Sea. Both Melilla and Ceuta – a similarly-situated Spanish territory – have been subjected to periodic border-storming over the years.