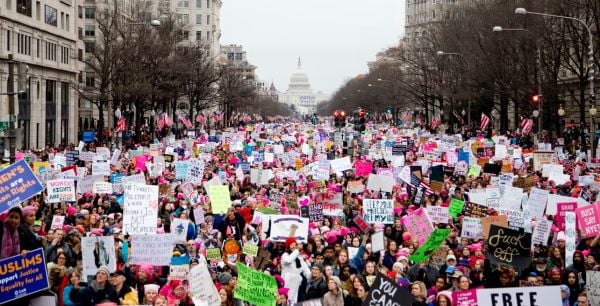 The Dobbs decision from the U.S. Supreme Court that affirmed an abortion restriction in Mississippi, and in the course of that ruling rejected the faulty 1973 Roe v. Wade creation of an abortion "right" in the Constitution, also is affecting other cases.

They include the Rutledge v. Little Rock Family Planning Services and Box v. Planned Parenthood of Indiana and Kentucky.

Both have been returned to lower courts for new rulings that align with the now-precedential Dobbs arguments.

Officials with the Alliance Defending Freedom commented on both actions.

In Rutledge, the 8th U.S. Circuit has suspended enforcement of Arkansas laws protecting unborn life after 18 weeks, prohibiting abortions simply because the baby may have Down Syndrome, and requiring abortionists to be board-certified or board-eligible in obstetrics and gynecology.

The Supreme Court said the decision by the 8th has been vacated, and the judges there now must review their determination, based on Dobbs.

Denise Harle, of the ADF, said, "Every human life is worthy of protection; Arkansas' laws protect both unborn children and women. And now that the Supreme Court has returned policy decisions of this sort to the states, we trust that the 8th Circuit will conclude that Arkansas' laws protecting unborn children, the health of pregnant mothers, and the integrity of the medical profession are legitimate."

Harle continued, "Two of the three 8th Circuit judges who ruled against Arkansas felt bound by the Supreme Court decisions in Roe v. Wade and Planned Parenthood v. Casey but expressed their deep concern for the error of those decisions, noting that ‘each human being is priceless beyond measure.’ States—including Arkansas—have a valid interest in ensuring that their laws respect the life and dignity of the unborn and are protect the health of women based on the latest science."

Will the left continue its radical abortion protests over the Supreme Court decisions?
100% (12 Votes)
0% (0 Votes)

#SCOTUS instructed two appeals courts to re-evaluate their decisions on state pro-life laws since their decisions are no longer proper under the Dobbs decision. @LifeNewsHQ https://t.co/izRVDJSILg

Harle also commented on the fact that the 7th Circuit's ruling in an Indiana case now has been vacated, and the case returned to the lower court.

There, the court halted a law that would ensure that parents are notified if their minor child seeks an abortion.

"The well-being of both babies and young women is more important than the bottom line of abortionists. All this law has sought to do is uphold the duty and desire of parents to protect their own children rather than allow them to be taken advantage of by others," Harle said.

"We trust that the 7th Circuit will conclude, now that the Supreme Court has returned policy decisions of this sort to the states, that Indiana’s law ensuring that parents have the opportunity to be involved in their children’s life-changing decisions is legitimate. No one should desire to prevent a pregnant mother from understanding the true implications of an abortion procedure."