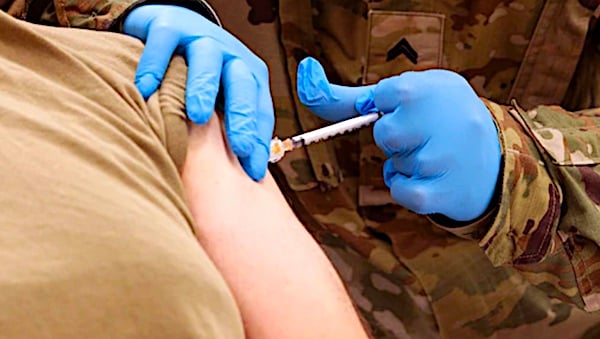 (CBN NEWS) -- Thousands of U.S. Army National Guard troops could be booted out of the force this week due to the military's strict COVID-19 vaccine mandate.

As the deadline for the shots grows near, at least 14,000 of those soldiers are maintaining their right to bodily autonomy and could be forced out of the service. In total, at least 40,000 Army National Guard soldiers across the country – or about 13% of the force – have not received the Pentagon-mandated vaccine.

Guard soldiers have until Thursday to get the vaccine. Data reportedly indicates 20% to 30% of the Guard soldiers in six states are not vaccinated, along with more than 10% in 43 other states.