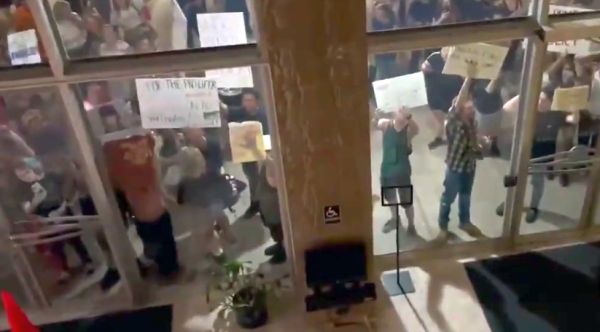 "Protesters threatened to break the AZ Senate entryway glass," Republican Arizona State Senator Wendy Rogers tweeted, as members were in the middle of voting on a series of bills.

The situation escalated into a "hostage" situation as lawmakers were instructed not to exit the building, Republican Arizona State Senator Kelly Townsend said.