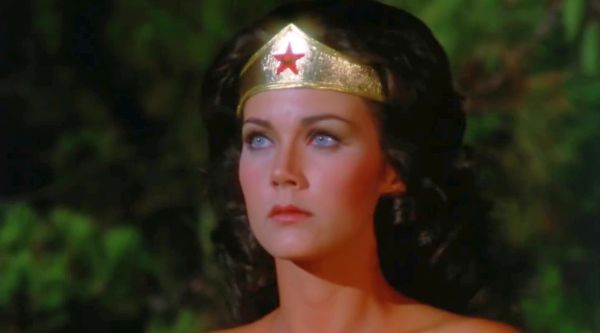 In a social period in America's history where just about everything – from the Marines to the White House – is used somehow to promote the alternative lifestyle choices of the LGBT agenda, it shouldn't surprise that an actress is using her 1980s character Wonder Woman to do the same.

After all, if copyright owners can turn contemporary characters into LGBT activists, why shouldn't history be rewritten to change iconic stars into the same?

It is Lynda Carter, who played the WW lead role in the '80s, who issued a social media statement in support of the campaign to normalize those alternatives.

I didn't write Wonder Woman, but if you want to argue that she is somehow not a queer or trans icon, then you're not paying attention.

Every time someone comes up to me and says that WW helped them while they were closeted, it reminds me how special the role is.

She wrote, "I didn’t write Wonder Woman, but if you want to argue that she is somehow not a queer or trans icon, then you’re not paying attention. Every time someone comes up to me and says that WW helped them while they were closeted, it reminds me how special the role is."

But a report in the Liberty Daily explains Carter's campaigning doesn't go down well.

Wrote J.D. Rucker in a column at the site, "The radical left wants everything to be able LGBTQIA+ issues. I know it’s 'Pride Month' but let’s face the facts. EVERY month has become some sort of tribute to the gay, trans, queer, or one of the other 57 gender varieties currently being sloshed around woke society."

He pointed out Carter "decided to sacrifice her iconic character on the altar of LGBTQIA+ supremacy today."

He pointed out, "Even if we set aside the absolute weakness of people who need icons in order to cope with life, we should not ignore that celebrities have been preying on these weaknesses for a while now. They crave the attention. Sometimes they crave even more than that; I wouldn’t be shocked if Carter starts backing some LGBTQIA+ product of some sort soon."

On social media, a number of commenters rejected Carter's agenda.

"Funny how you never mentioned that when you was doing the role," wrote one.

Added another, "Lasso of truth needed here to uncover the ridiculous virtue signaling by Lynda..."

And "'Strong women are actually men' is not the progressive take you seem to think it is."

Rucker wrote, "It's not the falseness or the disingenuity of Lynda Carter’s post that bugs me the most. It’s the fact that she’s trying to be relevant in a world that has mostly forgotten her. The desperation is unbecoming."

After Wonder Woman, Carter went on to bit roles in movies like "Sky High." She also appeared in commercials.